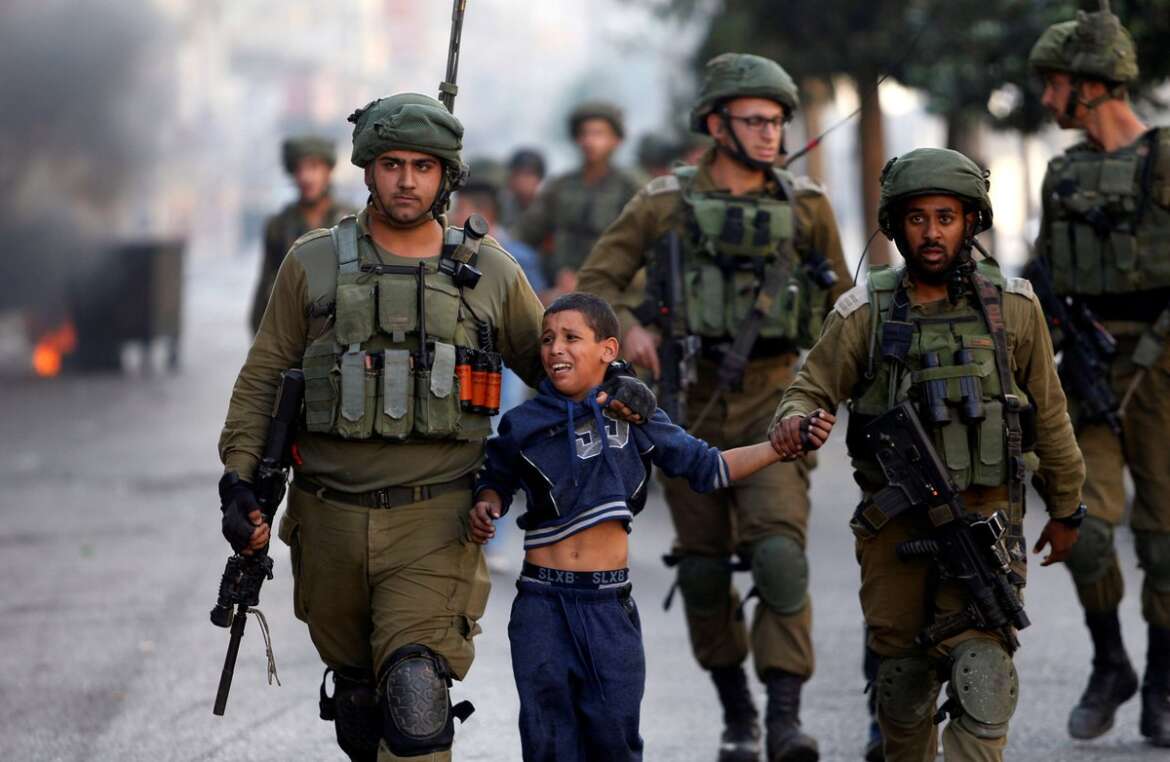 ‘Palestinians are resisting every day the erasure of our land, identity, and hope.’

By Omar Barghouti – a Palestinian human rights defender, co-founder of the Boycott, Divestment and Sanctions (BDS) movement for Palestinian rights, and co-recipient of the Gandhi Peace Award in 2017

Toni Morrison wrote in her novel Beloved, “Definitions belong to the definers, not the defined.” Palestinians have learned the hard way that unless we clearly define ourselves, our oppression, and our aspirations, the hegemonic oppressor will do it, erasing our history and subjugating our future.

Sometimes our definitions emerge when unexpected. Three days ago, following a nearby Israeli airstrike targeting a residential neighborhood in Gaza city that shook their building, my friend’s young daughter ran terrified to her mother’s arms shivering. She asked, “I want to be courageous, mama, but I don’t know how when death is so near?” Her question itself, during a televised massacre, defines courage. Palestinians are shattering our fear every day and hoping, and working to ensure, that this courage inspires millions to speak out and act in an effective way to end complicity in Israel’s oppression.

The current Israeli war against Palestinians – in Gaza, Jerusalem, Lydd, Acre, Haifa and elsewhere – and the Palestinian resistance evoke multiple definitions. Conflict, apartheid, resistance, retaliation, self-defense, ethical journalism, co-existence, and justice are among the definitions that are hotly contested. Sometimes the debate itself is used to justify an immoral both-sides-ing that stymies indignation and the duty to act.

To remind the world of this duty, and to protest Israel’s horrific attacks, part of what many Palestinians define as an ongoing Nakba, Palestinians everywhere observed a general strike on Tuesday. Through it, we asserted our unity as an Indigenous people with an overarching quest for liberation, and reiterated our appeal for meaningful international solidarity, especially in the form of Boycott, Divestment and Sanctions (BDS).

Inspired by the South African anti-apartheid struggle and the US civil rights movement, the nonviolent, anti-racist BDS movement was launched in 2005 by the broadest coalition in Palestinian society. It calls for ending Israel’s 1967 occupation, upholding the right of Palestinian refugees to return to their lands, and ending Israel’s institutionalized and legalized system of racial domination, which meets the UN definition of apartheid, as recently acknowledged by Human Rights Watch.

In the face of flagrant oppression anywhere, apathy and inaction are immoral, when one has the ability to act without suffering significantly

Israel has been waging an all-out war of repression against BDS for years, partly because of its leading role in popularizing the apartheid analysis of Israel among students, academics, artists, trade unions, as well as social, racial and climate justice movements. Israel’s recognition of the “strategic” impact of BDS in mobilizing effective international solidarity with the Palestinian liberation struggle is another key factor.

But perhaps the most important factor behind Israel’s anti-BDS war is the fact that the movement has shattered the apathy of those who do not care and the inaction of those who insufficiently care. BDS has drastically redefined solidarity with the Palestinian struggle for freedom, justice and equality, as an ethical obligation to end complicity, above everything else. In the face of flagrant oppression anywhere, apathy and inaction are immoral, when one has the ability to act without suffering significantly. They are far more immoral, still, when one has not only the ability but also the duty to act because of the complicity of one’s state or institution in the system of oppression.

When more or less democratic states, like the US, UK, Germany, and France, provide Israel with unconditional military funding or weaponry, or shield it from sanctions and accountability under international law, they are complicit in Israel’s crimes against Palestinians.

When corporations profit from providing goods or services that enable Israel to maintain its regime of occupation and apartheid, they are complicit.

When sovereign funds or church or university investment funds hold shares in such corporations, they are complicit.

When artists, athletes or academics cross the Palestinian BDS picket line and participate in events in or sponsored by Israel, they are complicit.

All this complicity generates an ethical responsibility for citizens to act, to prevent their tax money and those who speak in their name from being a partner in Israel’s relentless attempts to turn Gaza and other Palestinian ghettos into “zones of nonbeing,” as Frantz Fanon would call them.

The unprecedented and inspiring outburst of solidarity with Palestinians in recent days indicates that millions around the world now realize this ethical duty and many of them are acting to effect change, even at the policy level. A bright example is the statement by the Movement for Black Lives, which demanded cutting the $3.8bn in annual military funding to Israel and imposing sanctions “until Israel stops its apartheid practices and settler colonial project”. Among lawmakers, Alexandria Ocasio-Cortez, bravely tweeted, “Apartheid states aren’t democracies.”

Major TV network personalities, including MSNBC’s Ali Velshi and HBO’s John Oliver; music icons, like John Legend; and Hollywood figures, like Susan Sarandon, Viola Davis, John Cusack, Wentworth Miller, and Natalie Portman, have all expressed solidarity like never before, some of them tweeting the famous disappearing map of Palestine under gradual settler-colonialism.

On the ground, Palestinians are resisting every day the erasure of our land, identity, and hope. In the midst of the haunting images of death and destruction in Gaza, an image left me with a visceral mix of anguish and hope. It is the image of a young man, Amara Abu Ouf, who flashed a V for victory sign while still being rescued from under the rubble of a building in Gaza leveled to the ground by an Israeli bomb. That’s the definition of the phoenix rising from the ashes, one may say. Well, today, it is the definition of the Palestinian.