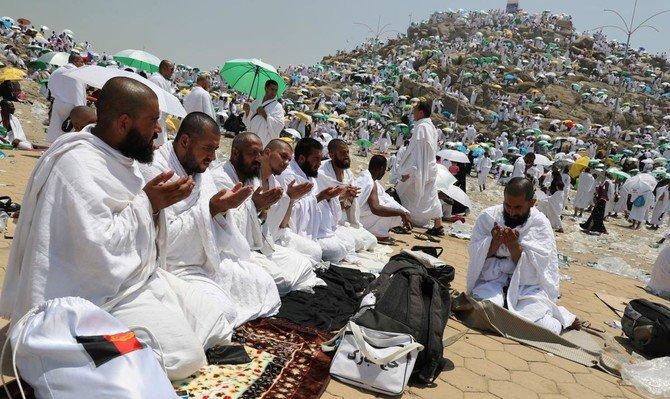 Allah, the Most High, said:

“Say: ‘What would my Lord care for you if not for your supplication?’ Now since you rejected (the truth), the punishment will be inseparable from you.” (al-Furqan: 25:77)

And your Lord says,

“When My servants ask you about Me – behold, I am near; I respond to the call of him who calls, whenever he calls unto Me: let them, then, respond unto Me, and believe in Me, so that they might follow the right way.” (al-Baqara: 2:186)

This is the call of a merciful Lord to His servants to direct their hearts, minds, souls, spirits, and bodily parts towards their Creator and Maker, the One who subjugates all causality in the world for them.

All these verses confirm that one’s prayers will be answered under certain conditions.

Being too proud to raise one’s hands and directing one’s heart in supplication will not do anything nor help anyone in need.

Desisting from praying to the Real while shaking the foundations of faith in Allah will prevent a servant from treading the path of guidance and will sever the hope of Allah answering one’s prayers.

The Lord, most High, has taught us how to beseech and petition him for our needs.

“Supplicate to your Lord with humility and secretly. Verily, He does not like transgressors.” (al-A’raf: 7:55)

“Whoever among you the door of supplication is opened for, then the doors of mercy will be opened for him. Allah is not asked for anything more beloved to him than to be asked for wellbeing.” ( Tirmidhi)

Regarding the previous verse from Surah al-Furqan, the Truth makes a connection between His concern for His creation and supplicating to Him. He also warns us from abandoning supplication or to be cut off from it is a preamble to disasters and calamities: Say,

“What would my Lord care for you if not for your supplication?” Now since you rejected (the Truth), the punishment will be inseparable from you.” (al-Furqan: 25:77)

:One of the meanings of Supplication (dua) is worship. The Prophet  said

“Prayer is the best act of worship.” (Ibn al-Mundhir and al-Hakim)

Therefore, the scholars took a great care in scribing and collecting the transmitted supplications from the Quran and Sunna, and they have set for them specific timings [for their recitations] as it was revealed in the sacred texts: the Book of Allah and Sunna.

These specific times include:

1- At the time of adhan (call to ritual prayer) and when an army engages in battle in the path of Allah.

As it was narrated by Abu Dawud in his Sunan: on the authority of Sahl b. Said رضي الله عنه   who said that the Prophet ﷺ said:

“two things will never be rejected by Allah: prayer at the time of the adhan and prayer when the battle between two armies intensifies.”

2- Between adhan and iqama

Abu Dawud, al-Tirmidhi and Ahmad narrate on the authority of Anas b. Malik رضي الله عنه  that the Envoy of Allah ﷺ said:

“A supplication between the adhan and iqama is not rejected, so supplicate then.”

‘The nearest a servant [of Allah] can be to his Lord is when he is prostrating, so supplicate to Him abundantly.’

4- At the End of the Ritual Prayer.

‘Two will not be rejected, Supplication when the adhan (call of prayer) is being called, and at the time of the rain’.  – Abu Dawud

6- When the Imam ascends on the pulpit on Friday [to give the sermon] until the conclusion of the prayer.

“There is a moment on Friday and asks something from Allah (Most High), then Allah (Most High) will definitely fulfil his request.” And he s indicated the shortness of that particular time with his hands” – Bukhari

7- The last hour after the ‘Asr prayer (before the time of Maghreb).

8- The supplication on the Day of ‘Arafa.

‘The best supplication is the supplication on the day of ‘Arafa. The best thing that I and the prophets before me have said is: There is no god save Allah alone, He has no partners. – Imam Malik narrates in al-Muwatta

9- Laylatul Al-Qadr (The Night of Power).

10- Supplication in the month of Ramadan.

11- Supplication on Friday night and on its day, as there is an hour where a supplication will never be rejected.

12- Supplication Late at night particularly in the last third.

The Prophet ﷺ said: ‘There is at night an hour in which no Muslim happens to be asking Allah any matter of this world or the Hereafter, except that he will be given it, and this (occurs) every night.’ [Muslim]

13- When reciting the Quran and concluding it.

15- At gatherings of [Muslims] for the purpose of invoking and remembering Allah as an act of obedience.

The Prophet ﷺ said: If a group of people sit together remembering Allah, the angels will circle them, mercy will enshroud them, peace will descend onto them and Allah will remember them amongst those with Him. [Muslim]