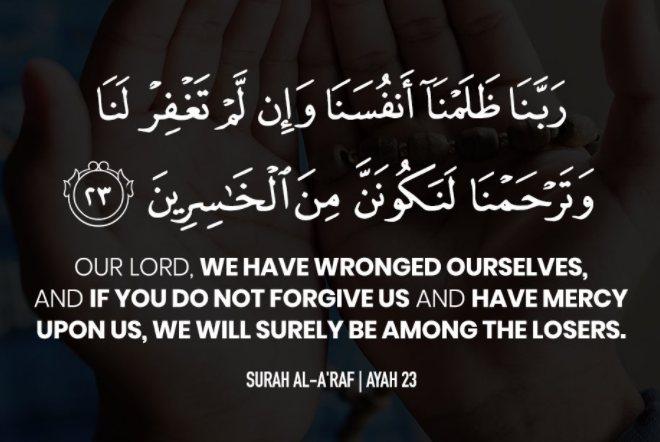 Prophet Adam عَلَيْهِ ٱلسَّلَامُ was the first man and prophet – mentioned by name twenty-five times in the Quran. Chapter 33 verse 7 refers to Adam along with Noah, Abraham, Moses and Jesus عَلَيْهم ٱلسَّلَامُ as prophets from whom God took a covenant. Muslim exegetes also mention a saying of the Prophet Muhammad صَلَّى ٱللَّٰهُ عَلَيْهِ وَآلِهِ وَسَلَّمَ‎ that Adam عَلَيْهِ ٱلسَّلَامُ was one of four ‘Syrian’ prophets including Seth, Idris and Noah عَلَيْهم ٱلسَّلَامُ. This same saying also mentions a number of ‘scriptures’ (suhuf ) which were revealed to Adam, perhaps a reference to the ‘first scriptures’ of 87.18 :

The creation of Adam عَلَيْهِ ٱلسَّلَامُ

The Quran and Muslim exegesis narrate how God created Adam in opposition to the advice of his angels. According to the exegesis of 2.30–33, God taught Adam the names by which people know things in the world and this knowledge was superior to that of the angels. In 15.26 God says that he created human beings from dried clay and stinking slime. Muslim exegetes explain that the name ‘Adam’ is derived from the fact that God took the clay with which he made Adam from the ‘skin’ (adam) of the earth, and that the different colours of clay used account for the different skin colours of later people.

The Quran does not refer specifically to the creation of Eve, nor does it mention her by name, but Muslim exegetes relate that she was created from one of the ribs of Adam. The Arabic name for Eve (Hawa’) is said to be derived from the word meaning life (haya) since Eve is the mother of all humanity.

The Garden of Eden

The test of Adam and Eve is described in 2.34–39 and 20.115–126. Unlike the biblical account of Eden, the Quran mentions only one special tree in Eden, the Tree of Immortality, from which Adam and Eve were prohibited. According to 20.120–121, Satan told Adam to eat from the forbidden tree, and when both Adam and Eve ate from the tree their private parts were revealed to them.

Muslim exegetes report that Adam was cast out of Eden to India or Sri Lanka, Eve to Jeddah and the serpent, in which Satan hid when he entered Eden, to Isfahan. It is also reported that Adam was so tall that he could stand on the highest mountain in Sri Lanka and see into heaven, so God reduced him in height to 60 cubits (about 30 metres). After complaining to God about missing the sights and sounds of Eden, Adam is sent on the first pilgrimage to Mecca. Some exegetes claim that the first Ka’ba was a tent erected by Adam, and others report that God sent down a special jewelled Ka’ba from heaven that was later raised during the Flood in the time of Noah.

Muslim exegetes explain that Adam was punished by having to grow his own food, and Eve was punished with menstruation and difficult childbirth. The origins of civilization are also closely associated with the fall of Adam and Eve to earth. Tools and the technology necessary for the growing of food, making of clothing and shelter, language, law, religion and sexual reproduction are among the arts of civilization revealed to Adam and Eve by the archangel Gabriel according to Muslim exegesis.

Quran 2.37 makes reference to Adam’s asking God’s forgiveness and permission to return to the Garden of Eden. According to Muslim exegesis, Adam and Eve both did penance on earth for forty years after their fall, standing in water up to their necks and abstaining from sex. God’s promise to Adam that he could return to Eden is taken to be the basis for the revelation of religion, specifically the rituals instituted by the prophets (e.g. prayer, fasting, almsgiving, pilgrimage), by which Adam and Eve’s descendants would be allowed into Eden after the Day of Judgement.

Several verses also refer to a covenant made between God and the descendants of Adam before their birth (e.g. 7.172; 30.30; 33.7; 53.56). Muslim exegetes explain that all humanity was taken from Adam’s back or loins and caused to acknowledge the existence of God. Other reports state that God took all humanity from Adam and divided them into those destined for paradise and those destined for hell.

Adam عَلَيْهِ ٱلسَّلَامُ repentance was made with a prayer seeking for forgiveness :

Rabbana thalamnaa anfusana wa-in lam taghfir lana watarhamnaa lanakoonanna mina alkhasireen Our Lord, we have wronged ourselves, and if You do not forgive us and have mercy upon us, we will surely be among the losers.

Muslim tradition states that Adam volunteered forty years of his own life to be added to the life of his descendant David. According to some reports, Adam was shown his descendants before their birth and noticed that David’s lifespan was shorter than the others, so he took forty years and added it to the sixty years already allotted to David. This shortened the allotted 1,000-year lifespan of Adam to 960 years, although some exegetes claim that Adam lived the full 1,000 years.

Although Seth is not mentioned by name in the Qur an, it is reported by Muslim exegetes that the prophet Seth, the son of Adam and Eve, was responsible for preparing Adam’s body for burial, and that he was taught how to do this by the angels. It is also said that Adam did not die until he saw the birth of four generations of his offspring, some 1,400 people.

According to Muslim tradition, the tomb of Adam is located in a cave, called the ‘Cave of Treasure’, on Mount Abu Qubays near Makkah. Some exegetes report that the bodies of Adam and Eve were taken on the Ark with Noah and reburied in Jerusalem after the Flood, or that Adam’s body was dismembered and buried in different locations, including Hebron.

Roy Ahmad Jackson has been a lecturer and writer on religion and philosophy for over fifteen years. He has lectured in Islamic Studies at various universities, including the University of Durham and King’s College London. He has previously written books on Nietzsche, Plato, Islam and the philosophy of religion.