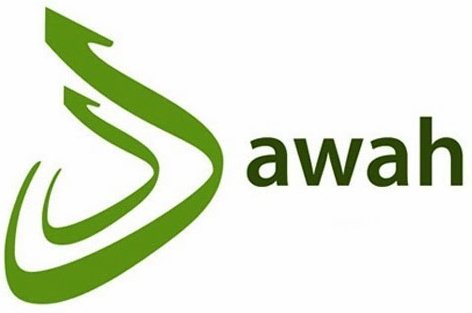 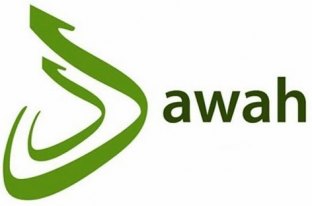 A 1.) Dawah (inviting people to Islam) and Tabligh (conveying the Message) is a collective responsibility of the whole Ummah and an act of great reward as it has been declared a distinguishing characteristic of this Ummah by the Qur’an.[See Albaqarah 2:104, 110. Yusuf 12:108. Hamim Al Sajjdah 41:33]

1. Inviting Muslims to follow the religion. It has two levels:Special or Individual. Every Muslim is required to inform his household and people under his care about religious instructions and to forbid them from performing the munkarat (evils). Quran and Hadith clearly declare it a mandatory duty of everyone. [“Everyone of you is a supervisor and everyone will be asked about those given in his supervision….” Hadith]In addition, if a particular person alone is in a position to influence another person, and there is a major expectation of his effectiveness, the first person is required to try to correct the behavior of the other person, even though the other person may not be his family member or subordinate. [“If anyone of you witnesses an evil, he should correct it by his hand. If he is not in a position to do so, then by his tongue. If he is not in a position to do so then by his heart. And that is the lowest level of Iman.” Muslim]This level of Dawah is Fard Ayn (mandatory individual duty).General or Collective. This involves addressing the Muslims collectively to enjoin good and forbid evil. This is Fard Kifayah or collective responsibility which means that it is a responsibility of everyone who is capable of doing this kind of Dawah but if some people discharge this duty then the burden would be lifted from others. Otherwise, everyone would be in sin.This collective responsibility requires an organized effort designed to perform it according to the teachings of Shariah. The jurists have explained that if the Muslim government fails to perform this function, it would be the responsibility of the common Muslims to establish a group to discharge this responsibility. It does not mean that a formal association must be launched but it does mean that sufficient number of persons should come forward for this purpose whether or not they are part of a formal organization.

2.Inviting non-Muslims to Islam. Every Muslim in general and the particular group mentioned above, specially would be responsible for this Dawah.

It should be noted that Shariah has not prescribed a special format for the Dawah effort. Whether it is performed by going to homes as Jama’ah Tabligh does, or through writings or publications, or through any other means, the responsibility would be discharged. This explains that it is not Fard Ayn for every Muslim to participate in the work of Tablighi Jamat because a) Dawah at the general level is not Fard Ayn and b) the particular style of work adopted by the Tablighi Jama’ah is not mandated by the Shariah. However, since the work of Tablighi Jama’ah, with the blessings of Allah, has been greatly beneficial and it has proven to be an effective means of countering the work of anti-religious forces, therefore cooperating with this Jama’ah and participating in its work to the maximum extent possible is an act of great reward. Doing it with balance and within the limits prescribed by the jurists is a very effective means of protecting ourselves and the Ummah.

There may be a situation in which participating in the work of this Jama’ah may become Fard Ayn for an individual. Consider the case of a person who has no religious training and who is ignorant of the basic religious teachings concerning his life. For him it is mandatory to seek the minimally necessary religious education and training. If such a person finds no other means of getting this basic instruction other than going out with the Tablighi Jama’ah, then for him it would be required to join this Jama’ah. If this person does have access to other means like sitting in the company of scholars, or joining a religious school, etc. then it would not be mandatory for him to join the Jama’ah. The participation would still be desirable because of the benefits that we have seen through experience.

A 2.) The person of Prophet Muhammad, Sall-Allahu alayhi wa sallam, was the focal point of all good. He, single handedly, established the standards of excellence in all areas of life. Subsequently we see a division of work in the Ummah. Some scholars concentrated on Jihad or Dawah, others on Islamic schools, etc. If everyone is required to work only in one area, other areas will obviously suffer, while all are important for the mission of Prophethood. So the kind of person mentioned in this question cannot be declared a sinner for leaving the responsibilities of Dawah or Jihad.

It should also be noted that different approaches appeal to different people. Some people are influenced by listening to a sermon, others through reading. For some, simple facts have a great appeal, others require in-depth academic discussion. So all approaches should continue for the benefit of their intended audiences.

A 3.) As was explained in the answer to question #1 above, Shariah has not mandated a particular format for Dawah work. Religious education, Tabligh, Jihad, etc. are different ways of discharging this collective responsibility and they are all important in their own right. The popular format chosen for a given function is an administrative matter. For example, today our religious schools offer instruction for ten months a year, for six days a week, for six hours a day. They also have exams at predetermined intervals. This arrangement has been found useful through experience but it was not used at the time of Prophet Muhammad, Sall-Allahu alayhi wa sallam, and one cannot find any evidence requiring it in the books of Hadith. However, since this arrangement is not considered mandated by Shariah, but it is only an administrative matter, therefore it cannot be considered a bid’a (innovation).

The format adopted by Tablighi Jama’ah is also an administrative matter, and therefore, is permissible and it does not need any evidence in its favor as long as it is not considered mandated by Shariah. However, for our understanding, it is sufficient to note that all Prophets and Prophet Muhammad, Sall-Allahu alayhi wa sallam, himself had gone to the people to invite them to Islam. And Allah knows best.

I concur with the above Fatwa. The discussion of Fard Ayn and Fard Kifayah included here is in accordance with the juristic evidence. However, it does not diminish the importance of the work of Tabligh and it should not be used as a basis for reluctance in this matter. In our times when the forces of evil are very active, the work of Tabligh and Dawah has assumed special importance and Masha-Allah Jama’ah Tabligh is, overall, discharging this responsibility very well. Therefore, Muslims should cooperate with it. At the same time, efforts should be continued to correct the overstatements (ghuloo) made by some of its members. And Allah knows best.

(Abridged and Translated into English by Khalid Baig. The responsibility for any error in translation does not rest with the Darul-Uloom.)