You Are Here » Home » Hadith » Quran, Hadith and Hadith Qudsi 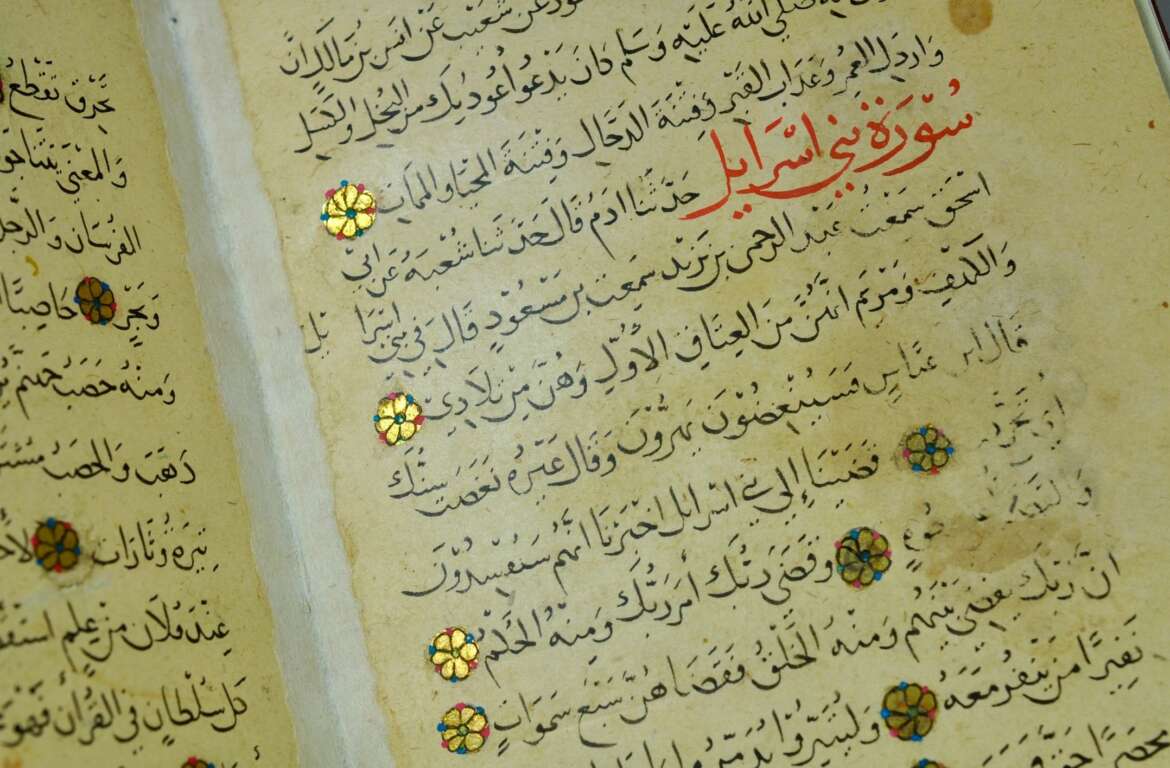 “the word hadith itself is impossible to render in English by one word that is satisfactory for all senses of the original. ‘Tradition’ is the usual translation, but this does not convey the inherent sense of something spoken or narrated that the Arabic root does.” 2

As a technical term within Islam, a hadith signifies a report of things said by the Prophet Muhammad, or a report of things which he did, or which he saw others do and tacitly accepted. Such hadith are referred to as hadith nabawi (or sometimes hadith sharif, translated as prophetic hadith), reported by one of his close Companions.

In contrast, hadith qudsi (or hadith ilahi or rabbani, translated as Divine or Sacred Sayings) are a special kind of hadith, reporting a communication spoken by God Himself to the Prophet Muhammad, who thus assumed the role of transmitter. On occasion, such hadith are addressed by God to another prophet, such as Abraham, Moses or David, or to the angels, and reported by Muhammad. There are also several which God specifically addresses directly to the “children of Adam” (or “Son of Man”) or people in the next world.3

Although both Quran and hadith qudsi convey the word of God Himself, there are important distinctions to be made between them. For example, the Quran was revealed through the medium of Gabriel, and is inimitable; a hadith qudsi does not necessarily come through Gabriel, but may be revealed through inspiration or a dream. While a Muslim must recite portions of the Quran during the prescribed prayers, it is not permitted to include hadith qudsi. An important difference also arises in the way each has been preserved and transmitted. The Holy Book, the Quran, was revealed to Muhammad (born AD|570) from his fortieth year. Parts of the Quran were uttered by Muhammad at different times during the course of twenty-three years, and on his instruction, these were recorded by being committed to memory by many people, and by being written down. The first collection of the Quran seems to have been a written copy of the entire text in the reign of the first Caliph, Abu Bakr. The form of the Quran as we know it today resulted from the action of the third Caliph, Uthman (ruled AD|644–56), who had all the existing records collected together and written down less than twenty years after the death of Muhammad. This definitive version, known as the Uthmanic codex, has remained essentially unchanged to the present day. Although there is a record of the existence of some variants prior to Uthman’s redaction, and there was some further development of the text when vowel-marks were added to it (AD|688), there is a virtually total consensus in traditional Islam about the authenticity and completeness of the Quranic text as we have it.

While some hadith were memorised and indeed may have been written down during the life of Muhammad, this process was less systematic and organised than in the case of the Quranic revelation. The record of the Prophet’s example conveyed by hadith, which is called the Sunna, is fundamental to the life of Islam, as the natural complement to the Quran, and Muslims are encouraged to seek guidance from it in an effort to emulate Muhammad. The hadith corpus was reported by the Companions, those who had enjoyed the privilege of having lived in the Prophet’s company. It is upon their reliability and integrity that the trustworthiness of the huge number of hadith collected by later generations of Muslim scholars rests. Of these Companions, only a small number took it upon themselves to report hadith: the vast majority of the traditions which have come down to us are related by fewer than 300 Companions. A mere eleven are responsible for handing down more than 500 hadith each. Seven of these Companions, each of whom reported more than 1,000 traditions, are known as the mukaththirun, the narrators of many traditions;4
all of them enjoyed a long association with the Prophet, had a tremendous interest in recording hadith accurately and could speak with great authority about what he had said and done. They all outlived the Prophet, and thus were able to pass on their knowledge to succeeding generations.

According to one well-known hadith, the Prophet is reported to have said:

“I have left two things among you. You will not go astray as long as you hold on to them: the Book of God and my Sunna.”

Nonetheless, the initiative to establish a defnitive record of hadith did not come to fruition until well over a hundred years after the death of Muhammad, and the six major collections which are regarded as the most authoritative by the Sunni community 5 were set down during the third century AH.

In the process of taking evidence from countless people who recounted what had come down to them from and about the Prophet, the men who made such collections (muhaddithun) developed a system of principles for assessing the trustworthiness of such accounts. The authenticity of a hadith is assessed by the reliability of its reporters (rawi) and the continuity of the links between them. Consequently, the isnad, or list of the names of people who passed a hadith on from one to another, forms an important part of a hadith in its full form, as well as the actual text (matn) itself. For a number of reasons, the accounts which make up the Sunna are not all equally reliable, and a critical methodology has been developed to evaluate their relative authenticity, described in terms of strength or weakness. It is thus universally acknowledged that there is need for discretion in the case of hadith, despite their importance, because of the way they have come down to us.

Hadith qudsi do not form a separate group within the major books of tradition. It appears to have been nearly fve hundred years after the Prophet before the first collection was made solely of hadith qudsi. At least, the earliest work cited by William Graham 6 is the Kitab al-ahadith al-ilahiya by Zahir b. Tahir al-Shahhami al-Naysaburi (d.|533/1138). Half a century later Ibn Arabi’s Mishkåt al-anwar is the second oldest text of this kind mentioned by Graham, being completed in the year 599/1203. It is unusual in that it is not just drawn from the books of tradition, but also contains one section of forty hadith qudsi with a full isnad for each, which begins from the people who transmitted the hadith to Ibn Arabi. Other collections were made later by other authors from existing texts, the largest comprising 858 traditions compiled by Muhammad al-Madani (d.|881/1476).

One of the characteristics of hadith qudsi is that they might be described as “pithy sayings”, that is to say, sayings whose few words contain a wealth of meaning. They embody the quality that the Prophet Muhammad referred to when he explained that he had been given the jawami  al-kalim (literally, the synthesis of the words).

3. In the Mishkat, for example, we find 5 hadith qudsi addressed to Muhammad, 8 to other prophets, 12 to the angels, 18 to the child of Adam, and 20 to people in the next world (i.e. on the Day of Judgement, in Paradise, etc.).

6. See Graham, Divine Word, Appendix I, for a chronological list of fifteen collections of Divine Sayings that exist in manuscript or printed form. Zahir al-Naysaburi is mentioned as a transmitter for Hadith 12 (see p.|118).