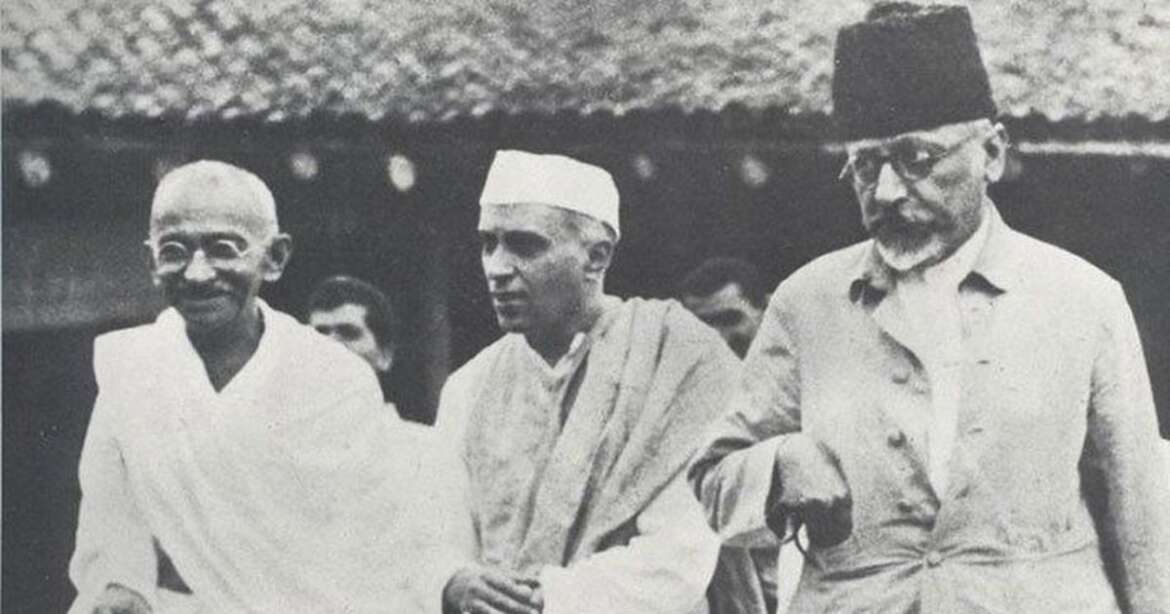 His legacy is an antidote to majoritarian chauvinism

On February 22, 1958, Prime Minister Jawaharlal Nehru went on air to announce: “Aaj hamara Mir-e-Karavan chala gaya (today we have lost the leader of our caravan).” He was referring to India’s first Education Minister Maulana Azad who had just passed away. Azad was the youngest and the longest serving President of the Congress during the freedom struggle.

Born in 1888 as Mohiuddin, he was a man of many parts. A precocious student, home-schooled and self-taught, he completed his religious curriculum at the age of 16. But his interpretation of Islam was not conventional. He believed in independent thinking based on reason and was critical of what he called “the shackles of conformity” and literal interpretations of Islamic texts. At a very early age he began a remarkable career in journalism. His writings and speeches in Urdu, unparalleled for their eloquence and sophistication, earned him the sobriquet Abul Kalam (father of speech), which became his adoptive name.

He found no contradiction between being an Islamic scholar and an ardent Indian nationalist. He considered the fight for an independent, united India a part of his religious creed. Azad declared, “I [as a Muslim] am proud of being an Indian. I am part of the indivisible unity that is Indian nationality. I am indispensable to this noble edifice and without me this splendid structure is incomplete.”

Beginning in 1912 with the publication of his weekly Al-Hilal, Azad threw himself whole-heartedly into the independence struggle. He joined the Congress in 1920, when Gandhi launched the non-cooperation agitation in conjunction with the Khilafat movement, and became its president in 1923. Particularly committed to building bridges between Hindus and Muslims, he opposed separate electorates, which he attributed to the British policy of divide and rule. He vigorously challenged the separatist ideology of the Jinnah-led Muslim League, which he termed a “death knell” for Indian Muslims, earning him the derogatory epithet “Congress’s Muslim show boy” from Jinnah. During the Quit India movement, he was imprisoned from 1942 to 1945 with other senior leaders of the party. He led the Congress delegation to the failed Shimla Conference, convened to break the impasse between the Congress and the Muslim League.

Despite the Congress’s acceptance of Partition in 1947, Azad’s opposition to it remained undiminished. He wrote 10 years after Partition in India Wins Freedom, “As a Muslim, I for one am not prepared for a moment to give up my right to treat the whole of India as my domain and share in the shaping of its political and economic life. To me it seems a sure sign of cowardice to give up what is my patrimony and content myself with a mere fragment of it.” No proponent of Akhand Bharat could have said it better. It is unfortunate that Maulana Azad’s legacy, a superb antidote to majoritarian chauvinism so rampant currently, is all but forgotten today.

Maulana Abul Kalam Azad was not only a noted scholar but he was also a great poet and a revolutionary journalist. He is not only known for his contributions to the world of philosophy, education and literature but also for his invaluable efforts in the Indian freedom struggle.He served as India’s first education minister. He was well versed in many languages such as English, Hindi,Urdu, Arabic, Persian and Bengali.

Maulana Azad was born on November 11,1888 in Mecca. He spent his growing up years in Mecca and Medina where he grew up

in an Arabic atmosphere for the first ten years of his life. His early education was carried out by his father, who was one of the biggest scholars of his time.

He was so thirsty for knowledge that he studied deeply and devoted a great deal of his time to the composition of many scholarly articles and books. His works caught the attention of many scholars including Nazir Ahmad, Altaf Hussain Hali Mohammad Iqbal and other well known minds of his time.

It was during Jawaharlal Nehru’s role as the first Indian prime minister that Maulana Azad served as the first Minister of Education from 1947-1958.

Through the Education Ministry, Maulana Azad introduced a scheme wherein he provided financial assistance to many literary figures in the county who could not continue their passion for literature due to financial constraints.

The country’s prominent and old poets and journalists also owe their old age pensions to the late Maulana Azad.

Maulana Abdul Kalam Azad passed away due to a massive stroke on February 22,1958. After his death he was awarded the highest civilian honour of India, the Bharat Ratna in 1992 for his immense contributions to the country.