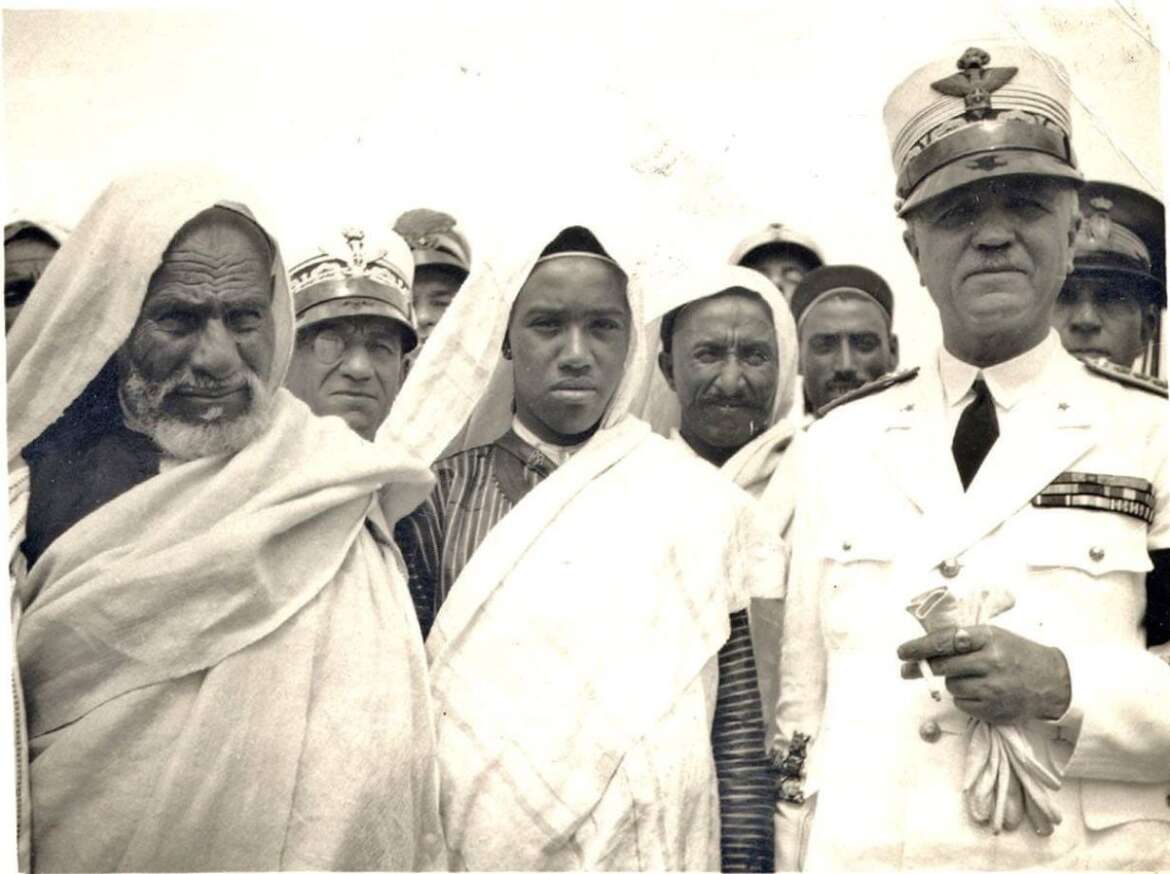 An Islamic scholar turned freedom fighter, Omar Al-Mukhtar is best known for leading an armed revolution and guerrilla campaign against Italian colonisers for the last two decades of his life until his capture and subsequent execution 90 years ago. He remains a Libyan national hero and an inspirational symbol of resistance against overwhelming odds.

Mukhtar was born into the Minifa tribe between 1856 and 1862 — the exact year isn’t known for sure — in the village of Zawiyat Janzur near the eastern port city of Tobruk. The Minifa were Arabised Amazighis from the ancient region of Marmarica situated between Libya and Egypt. At the time, this part of Libya became known as Italian Cyrenaica, which along with Italian Tripolitania in the west, was taken from the Ottoman Empire during the 1911 Italo-Turkish War.

Upon being orphaned at a young age, and in accordance with his father’s will, he was adopted by Sharif Al-Ghariani, a renowned scholar and family friend. Mukhtar would go on to receive an education at the local madrassah (Islamic school) where he memorised the Qur’an. He continued his religious education at the University of Jaghbub, which was affiliated with the Sufi Senussi Order, and served the movement’s spiritual headquarters in the remote oasis in the desert of eastern Libyan.

Having studied there for eight years, Mukhtar graduated as an imam and scholar and joined the Senussi brotherhood under the leadership of the Shaikh Muhammad Al-Madhi Al-Senussi (1844-1902). He was the son of the movement’s founder, Shaikh Muhammad Ibn Ali Al-Senussi, and the father of King Idris of Libya (1890-1983). Mukhtar returned to Tobruk to serve the community, but in 1897 was called upon by Al-Mahdi to become the shaikh of the eastern town of Zawiyat Al-Qusour before travelling to Sudan where he was appointed as a deputy to the Senussi leader. It was during this caravan trail that he earned his famous nickname, “Lion of the Desert”.

In 1899, aged 37, he was sent to Chad where he and other Senussi forces joined the local resistance against French colonialists. Then he was recalled and reappointed as head of Zawiyat Al-Qusour by the Senussi order’s new Supreme Leader, Ahmed Al-Sharif, following Al-Mahdi’s death in 1902.

However, when the Italians invaded Libya in 1911, the movement diverted its resistance efforts from Chad to face the new, more immediate threat. By now in his fifties, Mukhtar drew upon his experience of fighting colonial forces and desert warfare to become the unofficial leader of the mujahideen in their struggle to liberate their country. When the Fascists came to power in Italy under the dictator Benito Mussolini in 1922, the Italians carried out what they referred to as a “Reconquista” of ancient Roman colonies in North Africa.

Under the rallying slogan “We will win or die!” Omar launched a daring guerrilla campaign against the Italian forces who were often vulnerable to ambushes and raids in the unfamiliar desert terrain. Crucially, he also enjoyed extensive local support in the form of fighters, food and supplies.

The Italian forces were unable to defeat Mukhtar’s forces tactically, and so instead targeted his support base and supply lines. They used heavy-handed tactics, including barbed wire strung along the Egyptian border, poisoning wells and setting up concentration camps where tens of thousands perished. Mass executions were carried out to try to crush the morale of the resistance fighters.

It all actually emboldened the mujahideen and support for Mukhtar and the cause. However, after years of humiliating setbacks for the occupation forces, the Italians eventually wounded and captured him in an ambush on 11 September 1931.

He was put on trial three days later and sentenced to death by hanging. Aged 73, Mukhtar is said to have reacted to the sentence by reciting the Qur’anic verse,

“From God we came and to God we must return”.

On 16 September 1931, the elderly Omar Al-Mukhtar was hanged in front of his supporters in the Suluq concentration camp, south of Benghazi. Symbolically, at least, his execution put an end to the Senussi resistance and “unified” Italian Libya.

Omar Al-Mukhtar’s legacy has had a lasting impact on Libyans ever since that fateful day. The late Libyan dictator Muammar Al-Gaddafi as well as the NATO-backed rebels who overthrew and killed him in 2011 claimed or adopted the “Lion of the Desert” as their own. His image is still used on the 10 dinar Libyan banknote.

In 1981, actor Anthony Quinn played the part of Mukhtar in the 1980 biopic Lion of the Desert directed by Syrian-American director Moustapha Akkad. Such was its impact on the Italian psyche that the film was banned for decades in Italy and was only broadcast on TV for the first time there as recently as 2009.

A fellow resistance fighter said  “They do it to us.”

Omar Mukhtar responded with the famous words:  “They are not our teachers.”