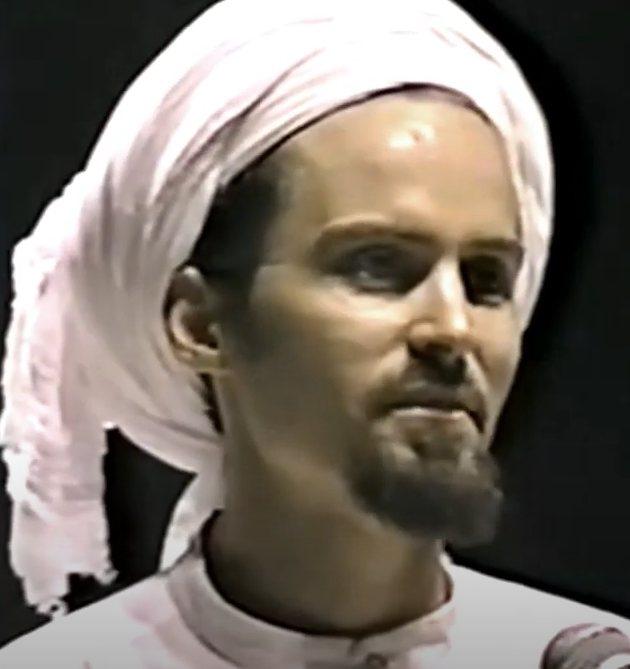 This is a short transcribed clip of a talk given by Shaykh Hamza Yusuf, back in 1999. It was titled : In the Footsteps of the Prophet (ﷺ): Peace in Troubled Times

What we are facing now as an ummah we’ve never faced at any other time in our history. We’re facing the threat of the disillusion of the human soul itself. I had the great fortune very recently of meeting somebody that I would consider one of the great men of our time.

Sheikh Abdul Kareem Zaidan I met him in Makkah. We had sahur together and he’s an Iraqi sheikh of over 90 years of age and he’s written an encyclopedic work about the fiqh of women, of the ahkam pertaining to women. several volumes. But among the many books, he’s written he wrote a book about the sunnan of Allah. The ways in which Allah works in his creation. The blueprint of how existence works and we are the conscious element within the entire creation that is able to understand creation in a way that no other creature has access to. We are able to prevent harm for ourselves or take ourselves to destruction based on the knowledge that we have been given and so this sacred knowledge- this most profound knowledge is something that Allah has bestowed upon us as an amana, as a trust and it is a weighty trust of which according to the Quran, the angels, the mountains themselves, the earth refused. The mountains themselves refused to bear the weight of this amana. This trust and the human being took it upon himself to bear this amanah and one of the things that struck me so much is that he came into the room and sat down and given the age that he is, he obviously walks with some difficulty and he sat down and he was very quiet.

And somebody asked him a question because there was another sheikh in the room who had been talking and somebody asked him a question and suddenly they’re poured forth from this man a passion. That really struck me given the age of the man. Like a young man speaking with deep sincerity and passion and it affected everyone in the room. And the gist of what he said is that we as an ummah are collectively facing a crisis that is unparalleled in the history of Islam.

There is no other period in our history that is equivalent to the period that we have now and the greatest reason for that is mass communication. The reason that we are threatened now unlike any other time is the power that the kuffar now have in their hands to attack the Muslims in the hearts of their own homes. Everywhere we go in this world you see all across the Muslim world satellite dishes filling the houses of the Muslims. All over the Muslim world in the poorest of houses, you will see a satellite dish outside of that house. What that satellite dish is absorbing is the filth that is polluting the minds and the hearts of our youth, of our middle age, and of our old age day in and day out by night and by day.

Ramadan has become now a time when people watch television because the best quote – programming – unquote, is now given during Ramadan in the Arab world. People are watching television in Ramadan. This is a calamity. Really we have to realize what is happening to this ummah. The massive impact. The massive power, because it is power, there is a power in the ability to influence the minds of people.

We have let the devil into our front rooms, into our bedrooms, and open it up and allow the devil to raise our children, to teach our women, to corrupt their hearts. Really it’s something extraordinary we have now on the Arabian peninsula. Young men like gangsters from the 1950s. Like gangsters looking like James Dean and Marlon Brando, on The Waterfront with their leather jackets and their baseball hats with, Muhammad on it, turned backward – really going around the Kaaba itself. Then going out, they and many of them don’t even pray. Their parents aren’t even praying and they’re out there. like they’re gangsters on the street, sidewalk talking and wasting their lives away and then meandering down to the Burger King or the Kentucky Fried Chicken just opposite the King Abdul Aziz Baab of the Kaaba to eat junk food that nourishes their junk minds that are a result of their junk television programs and this is what we’re creating. A society of junk people and this is not an exaggeration. And you’re laughing is a sign of how serious the crisis is because like the Arab says “The worst of things makes people laugh” – we’re in a crisis and we’re all sleeping really – we are in a deep sleep and we have to ask ourselves what is it going to take?

How much do we have to lose of our humanity before we wake up? What is it going to take? How many children have to be sacrificed at the altar of prime-time television before we wake up to what’s happening to our communities? To our families, to our children, to our masjids, to our societies? How much more, how much can you take, how much can you fill your heart with pollution?
If Imam Shafi complained about losing some of the ability of his memory because he saw something haram for even a moment and maintained his glance how much greater that we’re filling our hearts with the haram day in and day out? How much greater? That we have a crisis, people? And we have to wake up to the crisis and realize the weight that this ummah has. We have a great weight that’s been given upon us because we are not like other people.

We are not like other people, and we do not want to be like the Jews who were given the truth and turned away from the truth and because of it they incurred the wrath of Allah subhanahu wa ta’ala and Allah afflicted them. This is what Allah says in the Quran. We do not want to be like that. The saeed the felicitous one, is the one who learns by the tribulations of others. He does not learn through his own tribulation, he learns by the tribulation of others by seeing others in tribulation. It wakes him up to the reality that the only way to prevent that tribulation is to stop and turn back to Allah subhanahu wa ta’ala and this is what Allah wants of us. this is what Allah is asking for us to do, is to turn back to Allah collectively as an ummah. As an ummah, we have to turn back to Allah. We have to give up our pettiness, we have to set aside our differences, we have to wake up to the truth of this deen and we have to take it out to people because people are dying. The planet itself is dying, our rivers are being poisoned, our food is being poisoned, our minds are being poisoned. We are killing ourselves.

“Your oppression is only harming yourselves”

When are we going to wake up collectively as an ummah and respond to the call of Allah and His Messenger ﷺ?

O you who believe! Answer Allah and (His) Messenger when he (the Messenger) calls you to that which will give you life

When will we answer that call? When will we respond to the call of  Allah and His Messenger ﷺ to something that will bring us to life? The implication in the ayah is, as long as we do not respond to Allah’s call and to the Messenger of Allah’s ﷺ call, we are dead people, our hearts are dead, our lives are dead, and our society is a society of death. It’s a society that celebrates the death of the spirit. In giving life to the lowest pursuits of humanity. This is the death of the soul because the soul can only be brought back to life by recognizing why it was created. For what it was created and then setting out and striving to achieve that goal. Recognizing that we will have shortcomings, that we will make mistakes, that those mistakes are part of our humanity. That Allah knows those mistakes because He created us to make mistakes so that we could turn to Him and he could, in turn, turn to us and forgive us and this is why we were created. We were created to respond to our ubdiya to Allah subhanahu wa ta’ala and the only way that a slave feels its ubdiyya, its servanthood to Allah is in its abject nature. It is in its subjugation to Allah that occurs by doing wrong and then desiring the atonement desiring to reconnect with Allah.