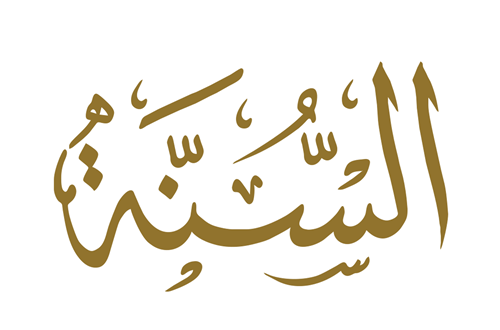 (from his book The Sunnah and Its Role in Islamic Legislation)

Shaykh Mustafa as-Siba’ee رَحِمَهُ ٱللَّٰهُ was born in 1915, in Homs, Syria Vilayet, during the Ottoman Empire. He studied Islamic theology at al-Azhar University, Cairo. Returning to Syria, Shaykh Siba’ee taught at Damascus University, and in 1940 was made Dean of the Faculty of Theology.

According to its original meaning in the Arabic language, Sunnah means a way, regardless of whether the intended way is praiseworthy or detestable. The Messenger of Allah (ﷺ) said,

The meaning of ‘Sunnah’ as an Islamic term depends on who is defining it – that is, it depends on the branch of Islamic knowledge that one specializes in:

1. The definition of ‘Snunah’ according to the scholar of hadith: All that has been related from the Prophet (ﷺ) – from his speech, actions, approvals, physical or moral attributes, or biography, regardless of whether any of above is from the period before the first revelation or after it. And as such, ‘Sunnah’ is a synonym of Hadith.

2. According to the scholar of usool al-fiqh : 2. All that has been related from the Prophet (ﷺ) in terms of his speech, action, or approval.

To this scholar, Sunnah might also mean that which an Islamic proof indicates, regardless of whether that proof is the Noble Qnr’an, the Prophet’s Sunnah, or the ijtihad 3 of a Companion. For example, to him, what ‘Uthman (رَضِيَ ٱللَّٰهُ عَنْهُ) did in terms of making people stick to one recitation is Sunnah. The Prophet (ﷺ) said,

«You must follow my Sunnah and the Suunah of the rightly-guided Caliphs after me.»

The opposite of Sunnah in this sense is bid’ah 4.

3. According to the scholar of fiqh : 5 That which is established from the Prophet (ﷺ), but is not obligatory. To a faqeeh 6, ‘Sunnah’ sometimes simply means the opposite of bid’ah, which is why scholars say, ‘The Sunnah divorce’, and ‘The Bid’ah divorce’.

The Prophet’s speech is a part of the first and second definition. His speech, then, includes all that he spoke on different occasions when what he said had to do with Islamic legislation, such as his saying, «Deeds are based on intentions», or his saying,

«The choice (to rescind) remains with the buyer and seller as long as they do not part from one another».7

The Prophet’s actions include all that the Companions related from the Prophet’s deeds in affairs of worship and otherwise. For example, the way in which he prayed, fasted, or performed Hajj, or
for instance, his ruling based on one witness and an oath.

The Prophet’s approval refers to any occasion on which he approved of an action that issued from his Companions. He might have demonstrated his approval by silence, by some signal of satisfaction, or by openly praising and supporting an action.

An example of the Prophet’s silent approval occurred during the battle of Banu Quraydah, when he said to an expedition,

«Let none of you pray except in Banu Quraydbah.»8

Some of the Companions applied the prohibition in the literal sense, so they ended up delaying the ‘asr 9 prayer until after  maghrib 10. Others had another understanding of the Prophet’s words: simply that they should hurry and try to reach Banu Quraydah before the time of maghrib, and so they ended up performing the ‘asr Prayer on time. When the Prophet (ﷺ) heard what the two groups had done, he implicitly approved of both groups by censuring neither.

An example of his spoken approval involves the companion Khalid ibn al-Waleed (رَضِيَ ٱللَّٰهُ عَنْهُ). He was eating the meat of a lizard that had been presented to the Prophet (ﷺ), who abstained from eating it. Some of the Companions asked,

The reason why their definitions differ is because the scholar of each Islamic science has a specific and unique goal toward which his studies progress.

The scholar of hadith researches the life of the Messenger of Allah (Blessings and peace be upon him) as an Imam, a guide, for Allah (عَزَّ وَجَلَّ) informed us that he (ﷺ) is our example and model. Therefore he relates all that has to do with the Prophet’s biography, with his manners, with his sayings, with his attributes, and with his actions ~ regardless of whether any of the above actually establishes an Islamic ruling.

The scholar of usool (principles of fiqh) sees the Messenger of Allah (ﷺ) as a legislator, who laid down the rules of legislation for mujtahideen 13 who were to come after him. This scholar concentrates on the Prophet’s sayings, actions, and approvals when they either establish or confirm an Islamic ruling.

The scholar of fiqh studies the life of the Messenger of Allah (Blessings and peace be upon him), knowing that all of his actions point to an Islamic ruling. He studies Islamic rulings in relation to human actions – whether a specific action is forbidden, permissible, compulsory, and so on.

For the purposes of our study here, we mean by ‘Sunnah’ is that which the usool scholars asserted because their definition revolves around the Sunnah as a proof and refers to the status of the Sunnah in Islamic legislation – with the knowledge that historically speaking, ‘Sunnah’ generally carries the meaning of the more comprehensive of the definitions, the definition asserted by the
hadith scholar.

1 Related by Muslim in a hadith narrated by Jareer ibn ‘Abdullah al-Bajalee.

3 To use one’s knowledge of the Qur’an and the Sunnah to derive rulings on matters not specifically mentioned in either source of Islamic law.

7 Related by Bukhari and Muslim from ‘Umar (may Allah be pleased with him).

8 Related by Bukhari and Muslim from Ibn ‘Umar (may Allah be pleased with him).

12 Related by Bukhari and Muslim from Ibn ‘Abbas (may Allah be pleased with him).

13 Scholars who use their knowledge of the Qur’an and the Sunnah to derive rulings on matters not specifically mentioned in either source of Islamic law; i.e., they practice ijtihad.