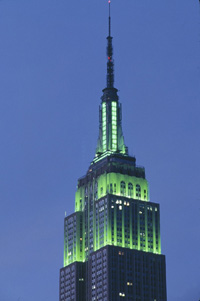 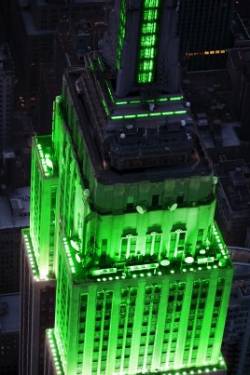 Last night, the Empire State Building was lit up in green to celebrate the end of the Muslim holy month of Ramadan. While this might leave some neocons around town gibbering with rage, it’s a fitting tribute to New York’s sizable Muslim population. And, according to Ed Husain of the Council on Foreign Relations — who also tweeted a photo of the emerald tower here — the light show will continue for another two nights.