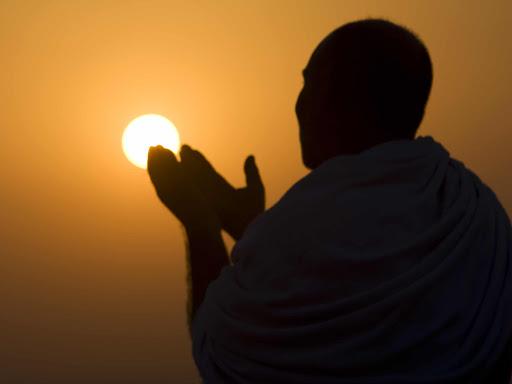 1- To have conviction when asking for the calamity to be repelled. Al-Tirmidhi narrates a report of Abu Hurairah رضي الله عنه  that Prophet ﷺ said:

“supplicate to Allah while you are certain that He will answer and know that He does not answer the one who supplicates to Him with a heedless heart.”

And in the hadith of Thawban   رضي الله عنه

“nothing increases one’s lifespan other than acts of good deeds, and nothing turns away that which has been decreed, other than dua (supplication). A person may be severed from his provision due to a wrongdoing he is committing”.

2- A servant must be persistent in his supplication so Allah will lift whatever has afflicted him and that which has yet to. A supplication and a calamity will resist one another until one will overcome the other. As it was narrated by Al-Hakim in the Hadith of  Aisha رضي الله عنها that the Envoy of Allah ﷺ said:

“No precaution can protect against the divine decree. Supplication can be of benefit in the face of a divine decree that has already taken place as well as that which has yet to take place. The supplication meets the calamity as it is about to descend and wrestles with it until the Day of Resurrection.”

“du‘a is the most beneficial medicine, is the enemy of calamity. It repels it, will cure it, will prevent it from descending, will lift it, or relieve its effect if it does eventually descend, it is a weapon of a believer”  (Ibn al-Qayyim, al-jawab al-kafi li man sa’ala ‘an al-dawa’ al-shafi)

3- One should not rush and be impatient in expecting an answer, as the Prophet ﷺ said:

“Your [supplication] will be answered, so long as one is not impatient, saying: ‘I supplicated, and I was not responded to.’” (Bukhari and Muslim).

4- Abundantly seeking forgiveness (istighfar), for it is a shield against calamity even if its causes have occurred. Bukhari narrated:

“hasten to His remembrance, supplicating to Him and asking for His forgiveness.”

5- Hasten and turn to salaah (prayer) with every adversity and discomfort, as it was narrated about the Prophet ﷺ that he recommended believers, when there was a solar or lunar eclipse. In a report narrated by Bukhari, the Prophet ﷺ said:

“Hasten to the ritual prayer.”

In another report he said:

“Pray until Allah relieves you of your distress.”

6- Giving sadaqa (charity) is one of the most important and effective things through which Allah lift calamities.

7- Purify the self from hate, grudges and return anything obtained unlawfully to its rightful owners.

8- One should take all means of protection, at the same time as expending one’s effort in to supplication.

9- Asking those who are righteous and on the straight path to supplicate to Allah that He may lift the calamity, plagues, trials and tribulations, wars and adversities.

” ‘shall I devote all my time to invoke blessings upon you? The Prophet s replied, ‘In that case, all your worries will be removed, and your wrongdoings will be forgiven.’ ”

“By the one who has my soul in His hands, you must enjoin righteousness and forbid evil, otherwise Allah will soon send a punishment upon you. Then, even if you supplicate to Allah, He will not accept it.” (Tirmidhi)