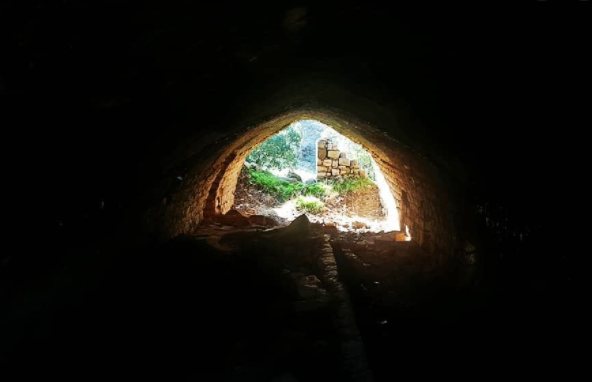 Is Allah egoistic as He says He can forgive all sins except kufur ?

So a great man like Mahathma Gandhi will not enter Jannah, but a just a born Muslim having done all sorts of sins like murder has a better chance of getting forgiveness and altimately enter Jannah.

To begin, it is worth stating that we do not know the judgement of God; we will not judge the way He will in the life to come.

As for being a disbeliever, or kāfir, this is based on a ruling in this world (ḥukm fī-dunyā). Therefore, we are “agnostic” about the hereafter status of Ghandi – who knows in that life?

It is also worth reflecting that when we think of God, we are always thinking of Him in human terms. That’s because that is what we are used to. So, for example, when we say God is merciful, we immediately think of examples of when people have been merciful. But God’s mercy, as we can know, is nothing like anything we can think of; nothing is like Him (otherwise He wouldn’t be God anymore). We simply get an idea of what it might be like and not what it is really like. His mercy is both complete and absolute and we will only get a sense of that when we meet Him. Otherwise, if we think of God as we do of humans, and we expect Him to behave as we do, He is not really God.

I hope this much is clear.

Now, there are two forms of rights, being ethically good on earth means people have fulfilled the rights of humans. These rights are situated on earth and have a temporal status. This is because the earthly life, and the people in it, are temporal and not eternal. Goodness to others is part of the test of being a good believer, but it is only one part of the test. The people who fail this part of the test, and are responsible for that failure, are punished temporally in hell. This includes Muslims.

As for the second type. Worship and creed are connected to the rights of God. Although He does not need them to be fulfilled, He claims them as a major part of the test. Those who pass this, or who are waived responsibility for it, are rewarded. Those who fail this part of the test are punished. The rights of God have an eternal status, as God is eternal. So, most consequences reflect the eternalness of God Himself.

So, an unethical Muslim, failing the rights of humans or performing certain major sins that were forbidden by God (temporal evil), can be punished temporally in hell, but as the Muslim did pass the ‘īmān test (eternal goodness), he will eventually be rewarded eternally.

An ethical non-Muslim, who is also responsible for his kufr (eternal evil), will be punished with hell for that kufr, and thereby cancels out his fulfilling of human rights (temporal goodness).

One may then ask, why should we be tested? The short answer is because He is God, and He can do what He likes – which is what it means to be God after all. However, if we think about it a little bit, we can reason that denying the source of all existence, He who wills each of your moments of existence into existence and provides for you is denying the truth of your own existence and denies the gratitude it deserves. This is pure ingratitude, what is called kufr.

If I may, I also want to add some personal, less academic view to this too.

Once you believe Allah exists and He alone is The One Whom we worship, then our lives are invariably governed by His rules and regulations. We worship Him because we submit ourselves and our intellect to Him in sajdah and remove our will in favour of His will. Once we believe in Him, we willingly and voluntarily forgo our ideas and opinions to His will. This is an active and willful submission to Him. It is not a passive acquiescence, nor a resignation. It is with our volition and our deep love for Him that we do this. There is no compulsion in (accepting) any religion. Once accepted willingly, we obey.  Just as we willingly accept citizenship or residence in any country. There is no compulsion to do so as we can go and live elsewhere. But once we do so, we must abide by the laws of the land – even if we disagree with them. We may disagree with the law; we cannot disobey it. Anyone who tries to subvert the law of any country will be arrested and might even be tried for treason.  This is the status of human law and order and of human societies. Without this check in place, there will be total anarchy and uncontrollable chaos.

In the Kingdom of Allah, there are also rules and regulations. Human beings must recognise the existence of a Divine being and accept His sovereignty. Allah does not need human beings to worship Him. He is above and beyond any need. His Al-Samad and totally independent as the Quran describes Him. Human beings are not independent, and they need to worship Allah. Allah’s knowledge is Eternal, and His rules are based on the Wisdom He has based on His eternal knowledge. Human beings do not have access to His Eternal knowledge nor to His Divine wisdom – except through wahi, or revelation. Allah has the prerogative to test His servants.  Servants do not, cannot, test Allah as they can neither reach Him or His knowledge.

Our tests are based on our knowledge – not on His knowledge. The Divine Examiner knows the answers to all questions and tests. The human examinee is tested to find and apply the right answer.  When we take our tests (whether mundane or religious), we answer based on our volition and our knowledge. Those who refuse to accept that He has the right to test and examine are willingly using their volition to reject the sovereignty of Allah. This is akin to treason in mundane human societies. If human beings have the prerogative to declare other human beings as disloyal in this very limited mundane and temporary world, why should Allah not have at least the same prerogative if not more?

Human beings are finite and so is their knowledge and all their abilities. They are created and thus severely restricted in what they know and what they can do. Allah, the Eternal and Omnipotent, knows everything and can do everything. It is prudent for human beings to access the Divine knowledge and power to better themselves and others in this world. If human beings are set on improving life for themselves and others, they must at least acquiesce to their ignorance and impotence. They must realise that not everything is in their control and that their ideals and goals are truncated at death. If there’s life after death, who can tell us what is going to happen there?

Who is going to show us and guide us as to what we need to do when we get there?  Only those who are assigned the task of leading human beings into eternal bliss know what we need to do. Only they can guide us in these matters. These are the Prophets of Allah. If we follow them and accept their knowledge of the Hereafter, we will attain eternal happiness. If we decide not to, we will willingly jettison our chance for a good life after death. Allah doesn’t commit any injustice. Human beings commit injustice against themselves for not ascertaining the existence of the Divine under whose Supreme Generosity they exist.

The answer you seek to your question lies not in understanding life based on this world alone. Rather it lies in understanding this world in the light and context of the next. This world is finite. The other one is beyond the grasp of any human being except whom Allah chooses to guide. That is through the guidance of superior human beings, the Prophets of Allah.

I hope that this much helps. And only God knows best.

Article title : The Fate of non-Muslims