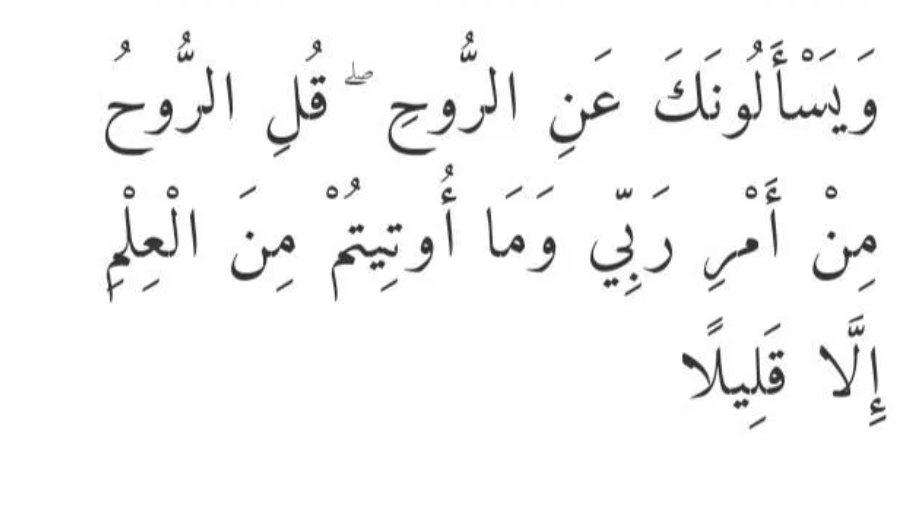 Imam Ghazali is says in order to get the balance on that other side you have to look at what’s in yourself and know what it is, who are you, what are you, what is this mystery of consciousness.

You think it’s so obvious, that obviously you have a consciousness, and you have eyes you look out of and a memory and friends and a hand and a job it’s not so obvious at all it’s a strange thing, weird.

We had a lecture recently in Cambridge by a head of the French national observatory and he’s an expert in galaxy formation, amazing stuff.

He was showing us galaxies made just of x-ray stars and galaxies whirl around black holes and Allah has some amazing stuff out there.

He was asked by a student; “what’s the strangest thing in the universe ?”  So he thought for a while and then he said the fact that it can be understood. That’s the oddest thing. The galaxy okay, but the fact that we can look at the galaxy, we can analyze it, we can think about where it comes from, what it means.

That’s funny, strange for scientists. They don’t understand that why consciousness is something that is from elsewhere. It’s from the ‘ruh’ which is from the command of Allah and is not ultimately of this world but has a ‘ghaibi’ dimension and a window into the “ghaib”.  That’s where prophecy begins, that’s where ilham begins , that’s where true dreams begin, that’s where human repentance begins, that’s where the reality – the deepest things that we are begin, the realist things within our humanity are precisely those areas that science and therefore the modern world finds it hardest to reach out to.

So nowadays we tend not to think much about what am I, what is this recipient entity. I recently had a conversation with somebody making a  play on radio 4 and it was a science fiction play and she wanted for some reason my take on the islamic view of the soul.

So the producer said the story is in the future; people won’t be taking airliners to travel instead what will happen is that they will go to a place like an airport and step into a booth and their bodies and their brains will be completely recorded by a supercomputer and then it will be destroyed and at that instant, that information appears wherever it is you want to go whether it be JFK in New York or Melbourne airport or wherever.  It is an exact replica of you including your thinking – appears in a booth in that part of the world. So you step out of the booth and you think it’s the same individual. You step out and one moment you’re in Stanstead the next moment you’re in Melbourne – you go through immigration.

She wanted to know is it the same person? The person in Melbourne thinks of course ~I hardly experience anything. Of course i’m the same person. I have the same memories. I do the same things, how could I be anybody else but is that really the case ?  – so she was puzzled.

Modern world doesn’t really have a good take on what consciousness is. The philosophy of mind. What’s the muslim view of the soul ?  Well that’s a tricky one but i guess we would say that actually the first person died and somebody very similar was created. What happens to the ‘ruh’ , the ‘qalb’ ?  It’s strange, something we can’t work out.

An author from  a fairly secular background recorded her experiences following a heart transplant 1. She had a sick heart and as a professional person in middle age she registered because she wanted a donor.  Eventually, she was told had a donor, same blood type and she was rushed to the hospital and she had the transplant and she felt much better. She could breathe properly. She went back to work. Didn’t give it a thought and then she started to have very strange experiences and she records them in this book again. without any religious dimension at all.

This freaked her out and so she writes in the book about how even though it’s illegal to find out who the donour was, in American law as in British law, it’s regarded as infringing the privacy of the donour, she went through the newspapers to see who had died in an accident in her area at the time  she had her transplant.

She found out that a young man had died in a motorbike accident. So she found out who the family was and she went to talk to the family and everything seemed very familiar. She knew her way around the house, the food was what she’d always eaten – now she understood why she liked fast food and had this strange cravings – the motorbikes, even though she was 60 or something and she says at the end of the book ; “A don’t know who I am ? Am I him, am I myself ?, she’s disturbed.

So that’s why they say it’s the  muammah / the ruh/ spirit / the heart is something odd we don’t know what it is.

They ask you about “the spirit”.  Say: “The spirit descends by the command of my Lord, but you have been given only a little knowledge.”

The quran itself is telling even the Holy Prophet ﷺ, spirit is of your Lord’s command and you’ve only been given a little knowledge about it.

1. “A Change of Heart: A Memoir” by Claire Sylvia, William Novak

Hardcover, 256 pages
Published May 1st 1997 by Little, Brown and Company

After a heart and lung transplant operation, dancer Claire Sylvia discovered that new organs were not the only thing she inherited. Never having liked such foods as beer and chicken nuggets, she suddenly started craving them. After an extraordinary dream, she seeks out the family of her donor — a teenaged boy who died in a motorcycle accident — and learns that it is indeed possible for two souls to merge in one body.