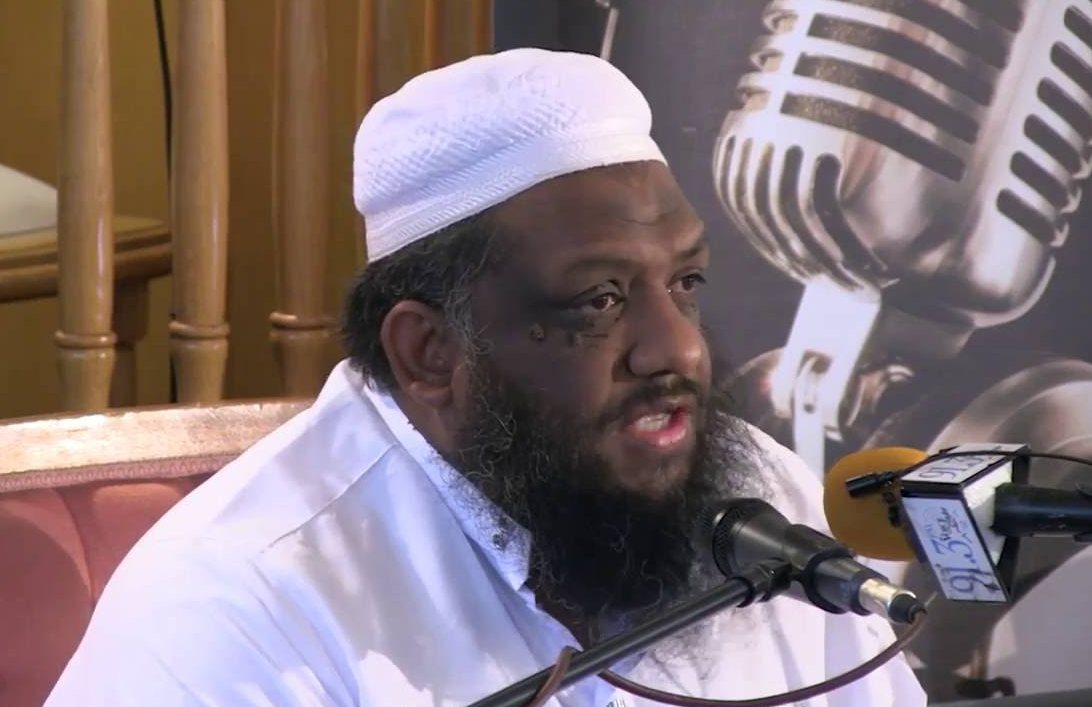 The Muslim Judicial Council (MJC) of South Africa, announced on 11 June 2021, the passing of the Mufti of the council, Moulana Muhammad Taha Karaan.

Mufti Karaan fulfilled his role “with distinction” after taking over from his father, Moulana Yusuf Karaan رَحِمَهُ ٱللَّٰهُ, in 2015.

“We express our sincerest condolences to his immediate family, his relatives, his beloved students at the Dar al-‘Ulum Al-‘Arabiyyah Al-Islamiyyah Institute and each and every member of the MJC who loved and respected him,” the organisation said in a statement.

Mufti Karaan passed away in Cape Town on Thursday after a long illness.

He was a Shafi’i researcher born to a family eminent in both its maternal and fatherly ancestry for Islamic grant.

Mufti Karaan completed his hifz in one year at the Waterfall Islamic Institute (Mia’s Farm).

After he completed his Aalim course, he travelled to the Indian sub-mainland and Darul Uloom Deoband, moving on from that point in 1991 with the most astounding of qualifications.

Before his passing, Mufti Karaan fulfilled his Amanahas Mufti of the Muslim Judicial Council (MJC) with distinction, a responsibility he accepted after the passing on of his beloved father and former Mufti of the MJC Maulana Yusuf Karaan in 2015.

Speaking to Radio Islam, deputy president of the MJC Maulana Abdul Khaliq Ali says the passing of Mufti Karaan is a sad moment for the Muslim Ummah.

“We have lost a great learned scholar who has dedicated his life to the course of Islam. Froma very tender age and until the moment he had passed on he had served this ummah with distinction. So it is to be understood with that calibre of person that we sit that has passed on that globally, the Muslim community has responded to this very sad and tragic news of the passing on of Sheikh Maulana Taha Karaan.”

Radio Islam’s Maulana Obeidullah Boja says Mufti Taha Karaan was one of the great Ulama of our times.

“Hazrat Maulana Abbas Jeena was making mention that the initial years when Moulana had started his Durul Uloom in Strand, the great difficulty of which Moulana had begun in a small housing place where Moulana would come sometimes twice a month and drive down to Johannesburg to source funds for his institute. Thereafer with the Mercy of Allah (SWT) it grew very well, this can be attributed to the sincerity and the dedication of Maulana Taha Karaan.”

The Jamiatul Ulama South Africa together with hundreds of other organisation in South Africa including Ulama and individuals have shared their sadness and heartfelt condolences on the passing of Mufti Karaan.

Jamiat SA says Mufti Karaan was an exceptional scholar who throughout his life was dedicated to the pursuit of the knowledge of deen with remarkable excellence.

“With a library of knowledge lifted away from our midst, we are poorer today as a community.”

Mufti Karaan’s Janazah will take place in his hometown of Strand and according to the wishes of family, will be an intimate one.

The MJC has encouraged the community and Imams of Masaajid in South Africa and across the globe to perform Salaatul Janaza in abstentia for Mufti Karaan.

Shaykh Taha Karaan explaining why legacies are not meant to be reinterpreted/reinvented,  but to be preserved; built on top of. He explains this by invoking various fields of Science (physics, mathematics etc).

Shaykh Taha Karaan was a Shafi’i scholar born in Cape Town, South Africa to a family renowned in both its maternal and paternal lineage for Islamic scholarship. His father, Shaykh Yusuf Karaan رَحِمَهُ ٱللَّٰهُ, was one of the oldest and most distinguished Islamic scholars in the Cape. Shaykh Yusuf – famous for his translation of many of Shaykh al-Hadith Mawlana Muhammad Zakariyya al-Kandhlawi’s رَحِمَهُ ٱللَّٰهُ seminal works – sat as the chief Magistrate for Islamic Civil Matters in the Muslim Judicial Council (MJC).

Shaykh Taha completed his Qur’anic memorization in one year at the Waterfall Islamic Institute, the oldest Islamic seminary in South Africa. During his stay, he assisted in the editing of the Qur’anic prints that the Institute has become famous for the world over. After finishing four years of the ‘alim course in two years, he journeyed to the Indian sub-continent and Dar al-Ulum Deoband, graduating from there in 1991 with the highest of distinctions – as did his father – in a class of over 700 students. He then traveled to the Middle East and completed a two-year graduate diploma at the al-Azhar’s, Higher Institute for Islamic Studies in Cairo, Egypt.

Shaykh Taha was the recipient of numerous chains of transmission (ijazaat) – from well-respected scholars in India, Pakistan, South Africa, Egypt and Saudi Arabia, among others – in numerous fields of Islamic study.

Until his passing, Shaykh Taha was a member of the Ifta’ Department of the MJC, and sat as an executive member of the Muslim Personal Law Board and on the Islamic Advisory Board of ABSA, one of South Africa’s national banks. He was a sought-after speaker at Islamic symposia and conferences but attended them sparingly, preferring to spend most of his time at the Islamic seminary, Dar al-Uloom al-Arabiyyah al-Islamiyyah, that he founded in 1996. The educational thrust of the seminary reflected Shaykh Taha’s own pioneering vision and commitment to squarely interface with the challenges of the modern age through the twin objectives of preservation and progress. In his own words:

“The study of Islam is not simply an area of academic investigation. It is the continuation of a legacy—a legacy that was initiated with the revelation of Iqra’, whose foundations were laid over the 23 years of Prophethood, and whose edifice was raised by successive generations of keenly devoted scholars for well over a thousand years. The type of individualism that places the investigator in the centre and ignores the legacy of the discipline is foreign to Islam. Knowledge is handed down through a legacy of scholarship. The student, as the recipient of knowledge, becomes heir to that legacy. By inheriting the legacy he becomes part of it, and it is then through him that the legacy is perpetuated.

The legacy itself transcends time. But every subsequent age brings with it unprecedented challenges. It is only when the challenges of an age have been met that the claim of preserving a tradition becomes tenable. The dynamism inherent within the legacy of knowledge in Islam makes it possible for it to meet all challenges. Every instance of interaction between challenges and the legacy adds to the wealth of the legacy itself. Thus does the legacy progress and develop. And in this way do preservation and progress go hand in hand.”

His students (and authors of this biography) describe him as divinely-gifted with encyclopedic knowledge; possessed of a near photographic memory; an insatiable bibliophile within the Islamic sciences and without; a teacher that never ceases to inspire; endowed with an elegant calligraphic hand and a penchant for poetry; thoroughly unassuming, pleasant, brilliant and tender-hearted. He was honoured with the title “ash-Shāfi‘ī as–Sagīr” (The Junior Al-Shafi’i) by the renowned Shaykh, Khalil Ibrahim Mula Khatir from Madinah al-Munawwarah.

Allah have mercy on them & grant their family patience, well-being, and the tawfiq to carry on the legacy of Mufti Yusuf Karaan and his two sons.