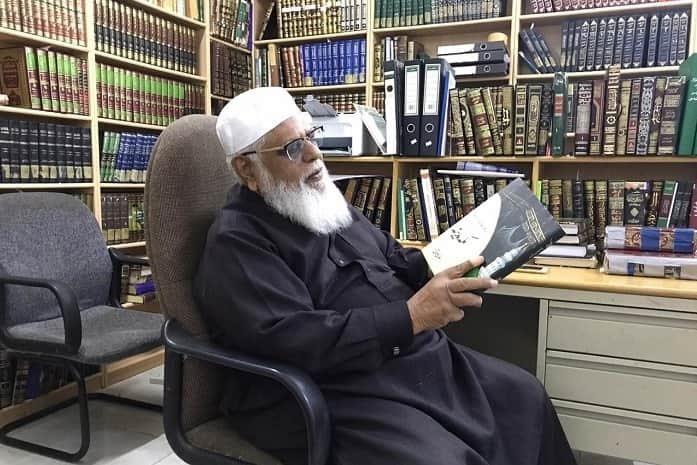 On this blessed Day of Arafah, I just heard the news of the passing of my teacher, Sh. Muḥammad Ḍiyā Al Raḥmān Al Aẓamī.

I have spoken about the Shaykh in length, and was blessed to conduct an interview with him last year (see comment below for link).

During my 10-year study in Madinah, I was fortunate to have studied with over a hundred scholars. I am thankful to all of them. For various reasons, around a dozen or so stood out for me and had a strong impact on my own development. And from that dozen, I can say maybe two or three were so impactful that they literally helped me ‘shift paradigms’. Sh. Al-Aẓamī was one of those.

I was fortunate to be the last batch that studied with him when he was the Dean of the College of Ḥadīth (in 2000), and I obtained ijāzahs from him in the books of ḥadīth. He was one of the first to encourage me to obtain my higher education from outside the Kingdom.

In the interview below, he tells us his life story: born to a Brahman Hindu family, ‘Banke Laal’ converted to Islam as a young man, and slowly began his journey in Islamic studies, specializing in ḥadīth until finally becoming the Dean of the College of Hadith at the University of Madinah.

During one of our classes in 2000, he told he that he had requested an early retirement and didn’t want to continue teaching because he had a project that he wanted to do: he wanted to take the conditions that Imam al-Bukhārī (d. 256 AH) has placed for his Ṣaḥīḥ and apply those conditions to the ENTIRETY of the ḥadīth corpus (hundreds of thousands of hadiths), to extract the ṣaḥīḥ ḥadiths from all of the collections that we still have today. Those who know ḥadīth know how daunting of a task that is. Last year, when I interviewed him, he was beaming with joy that he had completed the project and it was about to be printed.

It was as if Allah wanted him – a child born to a Brahman family – to rise up to a task that no one had ever done, and gave him life until he finished this monumental project. As I type up these words, I have a copy of his magnum opus “al-Jāmi al-Kāmil fī al-Ḥadīth al-Ṣaḥīh al-Shāmil” (The Comprehensive Complete Compendium of Ṣaḥīh Ḥadīth), over 15,000 hadiths sifted from almost 180 books.

He passed away on this holiest of days, and was prayed over a few hours ago in the Masjid al-Nabī, and buried right now in the blessed graveyard of Baqī` al-Gharqad.

My heart is saddened, my soul is heavy, but I pray to Allah that He grants Dr. Azamī the highest places in Jannah for his lifetime of services to Islam and to the ḥadīth of the Prophet ﷺ.

(Link to the interview I did with him, which I’m told is one of the last interviews he ever did, below).