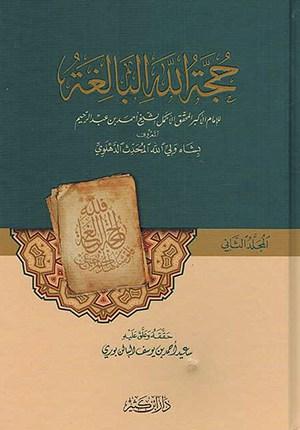 Adapted and abridged chapter from the Hujjat Allāh al-Bālighah (The Conclusive Proof of God) by Shāh Walī Allāh of Delhi.

Qiyās (analogical deduction) literally means measuring or attempting to calculate the length, weight or quality of something. It can also mean to compare something in order to deduce a similarity or equality. Thus, qiyās is used as a criterion upon which to evaluate one thing with another. Technically, it is used as an extension of the Sharīah to value an original case, or an asl, to a new case, a far, because the latter is deemed to share the same effective cause, or illah, as the former. The justification of the application of qiyās is based on the fact that both cases share the same effective cause. Of course, recourse to this method is only allowed after having interrogated the Qur’ān, Sunnah or a definite ijmā (consensus of scholarly opinion).

Given that identifying the effective cause can often involve intellectual effort and interpretation on the part of the jurist, not to mention possessing an understanding of the general objectives of the law, what follows below is an adapted and abridged chapter on this topic taken from the Hujjat Allāh al-Bālighah (The Conclusive Proof of God) written by Shāh Walī Allāh of Delhi which will hopefully shed light on an alternative and creative way of viewing the illah. [2]

Human beings perform actions by which their Lord is pleased, [3] actions that incur His anger [4] or actions with which He is neither pleased nor angered. [5] In order to uncover for humankind the true nature of actions, the divine wisdom required the sending of Prophets. As God states in the Qur’ān, “that he who perished (on that day) might perish by a clear proof (of His Sovereignty) and he who survived might survive by a clear proof (of His Sovereignty).” [6]

When an action is desired

Thereafter, what is desired from us can be definite (mu’akkad), [7] the performance of which will lead to the pleasure of God and reward, and omission whose will lead to His displeasure and punishment; or it may be indefinite (ghair mu’akkad) [8] for which there is pleasure and reward but no anger or punishment for its omission.

When an action is prohibited

Similarly, the prohibition may be definite (mu’akkad), [9] the refraining of which will lead to the pleasure of God and reward, and performance of it will lead to His displeasure and punishment; or it may be indefinite (ghair mu’akkad) [10] for which there is pleasure and reward in avoiding the action but no anger or punishment for carrying it out.

The way to clarify an action and it’s ruling

The way to clarify a ruling is to consider its opposite action: does the opposing action lead to the pleasure or anger of God? For example, in the Qur’ān we are told, “Perform the prayer.” [11] Since omitting the prayer leads to God’s anger, this order is definite (mu’akkad). And the verse of the Qur’ān, “But when you come out of ihrām, then [you may] hunt” [12] is indefinite (ghair mu’akkad) since the opposite of this action is not to hunt (after removing the ihrām) and the omission of hunting does not lead to the anger of God. As for the Qur’ān stating, “And do not approach unlawful sexual intercourse,” [13] the prohibition is definite (mu’akkad), since the committing of unlawful sexual intercourse would lead to the anger of God. Finally, we find in the tradition, that the Messenger of God (may the peace and blessings of God be upon him) said, “Beware of the green manure.” The Companions asked: “What is the green manure?” He said: “A beautiful woman of bad origin (i.e. upbringing).” [14] This is indefinite (ghair mu’akkad), since marrying such a woman does not lead to the anger of God; thus, it is permissible to marry such a woman.

There are five degrees of rulings:

The Reason for Legislation (illa)

Since human situations are infinite it is impractical for the religious law to provide rulings on every conceivable matter. Moreover, given the intellectual endeavor required, not everyone is able to entirely comprehend such knowledge. Therefore, it became necessary that a universal ruling be established which acts as a unity to shed light on the multiplicity of rulings. This unity is what is called the effective cause or the reason for legislation (illa).

As an example, one finds in the Qur’ān: “O you who have believed, do not approach prayer while you are intoxicated.” [16] This verse provides a clear reference to intoxication, which is also confirmed by the Hadīth “every intoxicant is khamr (wine) and every khamr is forbidden.” [17]

In another example, we find in the Hadīth regarding usury (ribā), the illah of its ruling which prohibits quantitative excess in the sale of six specified items is the quality of such items being saleable by the measurement of weight or volume. [18] Hence, any other item sold by weight or volume should be subject to the ribā prohibition.

First category: the state of the person

The illah takes into consideration the state of the person in imposing the religious obligation. There two states: a) sane of mind, and, b) maturity. Now, it is impossible that these two on their own would stand as an inherent illah since it would mean that we are obliged to engage in worship permanently once they are both acquired, which is impossible. Such an obligation [to worship permanently] is only required for faith (īmān). [19]

Therefore, there must be a composition of these two inherent types with another type of illah that are accidental in that it is not permanent, which then justifies the proper imposition of religious obligation. This category applies in most cases to acts of worship (ibādāt) and is found in four instances:

Second category: the condition in which the action occurs or what accompanies.

The illah takes into consideration the condition in which the action occurs or what accompanies it. This will either be an inherent characteristic such as the prohibition of drinking wine, eating pork, eating wild beasts that have tusks and birds that have claws, and marrying one’s mother. [23] Or, it will be a characteristic that arises from time to time under certain circumstances such as theft [24] and adultery. [25]

The incidental cause can take the place of an illah

There is no arbitrariness in the religion of God. The pleasure and anger of God is connected to two specific things in reality:

A question may be raised as to why the hukm is sometimes incidentally related to the illah, to which the pleasure or anger of God is related. The reason for this is that most people are unable to uncover the principles, so the divine law is revealed in the language of the masses to facilitate ease.

As an example, we say that the medicine is the cure. When in reality the illah is not the medicine but the elimination of the illness, which follows the medication, but we attribute the cure incidentally to the medicine.

Therefore, there are two requirements for the illah of a hukm:

If there are a number of attendant factors and means, the illah will be the one that is most distinguished from the others because it is more apparent or determined. For example, the concession to shorten the prayers or not to fast is based on hardship, and there are many factors and means that lead to it. This is the hikmah of the ruling. Yet hardship is a hidden phenomenon and varies according to circumstances so cannot be an illah. Therefore, the concession only applies to those travelling or being sick irrespective of its degree.[29]

And only God knows best.

[1] It is also referred to as manāt al-hukm (the cause of the hukm), the sign of the hukm (amārah al-hukm), effective cause and sabab. As will become clear in the paper, the translation, ‘reason for legislation’ seems more apt for the current discussion.

[3] For example, performing the obligatory prayers and giving alms.

[4] For example, theft, murder and fornication.

[5] For example, eating and drinking.

[7] This is the case for compulsory actions (fardh and wājib).

[8] This is the case for optional actions (nawāfil).

[9] This is the case for reprehensible (makrūh) and forbidden (harām) actions.

[10] This is the case for disliked actions (makrūh tanzīhi).

[14] Kanz al-‘Ummāl. What it means is that it is disliked to marry a corrupt woman since a woman with bad roots will affect her child negatively. The basis (for the similitude) is that crops grow upon manure that is placed in a dirty area. So the outward appearance of the crops are appealing but the inner appearance of the manure is vile and rotten. The word diman is the plural of the word dimnah, and that refers to manure (i.e. fertilizer).

[15] While for the majority, wājib and fardh are synonymous; the Hanafīs have drawn a distinction. An act is fardh, to the first degree when the command is conveyed in a clear and definitive text of the Qur’ān or Sunnah. If, however, the command were established via a speculative (zannī) authority, such as an Ahād hadith, the act would be obligatory in the second degree (wājib). A Muslim is required to perform both acts since there is reward for completing it and punishment for neglecting it. The difference essentially is that to refuse to believe in the binding nature of a command which is established by definitive proof makes one an unbeliever, but not if he disputes the authority of an obligatory command of the second degree, although he becomes a transgressor.

[18] “Gold is to be paid for by gold, silver by silver, wheat by wheat, barley by barley, dates by dates, salt by salt, like by like, payment being made hand to hand. He who made an addition to it, or asked for an addition, in fact dealt in usury. The receiver and the giver are equally guilty.” (Muslim)

[19] In other words, it is required of every sane and mature person to have faith all the time.

[20] Since it is easy to give a portion of your wealth that has the capacity to increase in value, when kept for one lunar year.

[21] I.e. it makes little sense mentioning that one must be sane and mature every time.

[23] The inherent characteristic in these examples is as follows: intoxication, filth, predatory instincts and being close kin.

[25] The illah will only be considered when a particular type of action takes place. For example, having sexual relation with one’s spouse does not trigger the illah. It is the particular context in which the action takes place that is taken into consideration. See Qur’ān, 24:2.

[28] The aim is to facilitate ease. One can imagine the confusion that would emerge if they were asked to determine if they did actually fall asleep or not.