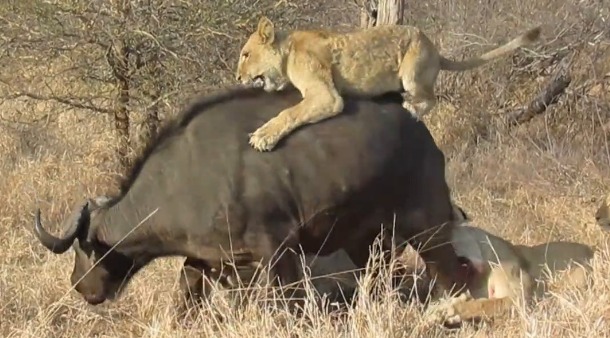 A talk given by Shaykh Hamza Yusuf

The first is struggling against the self. The idea that there is an internal conflict going on so that you actually have to struggle with yourself.

This higher power is reason, is the ‘aql’, and that’s why the essence of intellect in Arabic means that which constrains you or which prevents you from doing something that will lead you astray.

‘Aqala Ya’quilu’  means to stop, to prevent, and the other Arabic word that they use for intellect is  ‘Nuhaa’ which comes from that which refuses or that which prevents, again ‘Yanhaa’.

So the essence of the intellect is that it prevents a human being from going astray.

Now those people that don’t listen to the intellect, Allah says about them “they are like animals” but then He says “they are even more astray”.

The reason for that is because animals do not do things that harm them. If an animal knows there’s
harm in something it will avoid it.

If an animal sees a fire, it will flee from the fire.  If an animal sees something that threatens it, it will either defend itself, if it doesn’t see any other venue or if it by its nature the threat is something that it deems within its power like a lion, if it’s threatened by a lesser animal, aggressive animal, the lion will tend to fight because it’s a lion and knows that it can overpower.

The idea of human beings resorting to the bestial element is in itself capitulation. It’s the idea of surrendering the self to something that is low and that is why if you look at the human body itself, the higher organs, the heart, and the intellect are on the upper body and the lower organs, the stomach and genitals are on the lower body. And so the idea is that this is the way the human being should be. He should be the ruling force.  In the human being it should be his heart and his intellect.  And the subjugated force should be the bestial nature.

What happens with human beings is that they become overcome by their bestial nature and so hunger and craving which is the essence of desire overwhelms the intellect and so they begin to want things that are harmful for them and this is why they are worse than animals because an animal will only take what it needs. 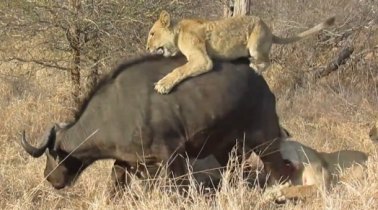 Lions do not go out and slaughter.  They take what they need and they leave the rest maybe for another day but if they’re not hungry they’re not going to kill 10 zebras. They will kill what they need to kill and that’s the difference between a human,  the predations of humans are not needs.

So the idea now, all of sentient creatures, creatures that have emotion and certainly intellect, human beings, have a self-defense mechanism. It is part of human nature to defend yourself. If you fall, your reaction is to put your arm out. You don’t fall on your face. Human beings will not do that. In fact one of the first things they teach you in martial arts is to fall properly because you tend to want to put your
hand out and break your wrist. So they teach you to learn how to fall in a way that’s actually not going to harm you but the impulse is to brace yourself, is to defend yourself. The same with if somebody begins to attack you.  The thing to do is to cover your face, to protect your face. If somebody throws a blow at
you, and if you just stand there and don’t defend yourself, something is wrong with your nervous system. It’s not functioning.

So self-defense is human, it’s actually ingrained in us, to defend ourselves and that is why every civil law on the planet recognizes the right to self-defense. There’s no law that does not (whether its Muslim or non-Muslim)  recognize that human being has a right to defend himself, from bodily harm and from harm to property.

The first jihad is that struggle against the self and this is what makes a human being human. Al Ragib al-Isfahani says,  there are two words in the Quran used for human : one is ‘bashar’  and the other is ‘insaan’.  A ‘bashar’, it is that quality that distinguishes us from other animals.  So for instance birds are distinguished by their feathers.  If you look at mammals they have fur.  Human beings have skin and that’s why we’re called by ‘bashar’.

‘Bashar’ is from ‘bashara’ which means skin. So the human is when you say he’s a ‘bashar’.  You’re just saying he’s a man.  That’s why (regarding) the Prophets, what do they say about the Prophets ? They don’t say “Ma anta illa insaanun mithlunaa”, they say ”Ma anta illa basharun mithlunaa” : “You are just a human like us”.  But they’re not saying ‘Insaan’ – they’re saying “Bashar’.

All of us share ‘Bashareeyya’, but we don’t all share ‘insaaneeyyah’.  In truth, it’s just as an act of generosity from God that he calls us ‘insaan’.  What Raghib says, if you can imagine a dog standing on its two legs as opposed to four and talking in a language then you can imagine the state that many human beings are in. That they only share their humanity in the form, not in reality. And there’s a verse in the  Quran ‘Laqad Karamnaa Bani Adam’ : ‘We have enabled the children of Adam’ and that enablement is that we’ve been placed in this incredibly noble form. We’re not like animals. We don’t walk on all fours. We don’t have to go down to a plate. We take things up to our mouths. I don’t have to go down and lick lap up my water like a dog. That I actually have this ability to feed myself and all of these qualities human beings have been given.  So acquiring virtuous qualities or noble qualities is actually a very difficult thing. it takes time.  It’s not something that human beings are born with. Compassion is something that needs to be nurtured.

Now some people you will find have this naturally and something that Imam Ghazzaali mentions and other great scholars that there are some people who have virtuous qualities by nature.  There are other people that do not.  That you will see in children, some children want to share things. Other children actually refuse completely to share things and will become very belligerent if they’re made to share things. Those  have to learn.  There are children that beat other children.  There are other children that couldn’t do that and would feel terrible about that.  Now these  aggressive qualities in human beings, are much more marked in men than they are in women.

And there’s a reason for that as well.  There’s a reason why that they’re even in their form.  They are less bestial than men. Women have certain qualities that are related to their biology and it has to do with the fact that they produce children.  And so there are certain qualities that are inherent just because they have the hormones, and some of it is purely chemical and the other has do with just the fact that there’s a womb – ‘raham’ – and the essence of the womb is mercy because that’s what the word in Arabic – ‘raham’ –  is ‘rahma’ are the same root word. the womb and mercy because the essence of mercy is in the womb and that’s why Allah has derived the womb  from His name : The Merciful. So the womb is derived from an attribute of God and this is what women have that men don’t. And that is why the humanizing factor in society is women, the mother is the humanizing factor, and without that if the mother is destroyed then it’s a disaster for the rest of the society.