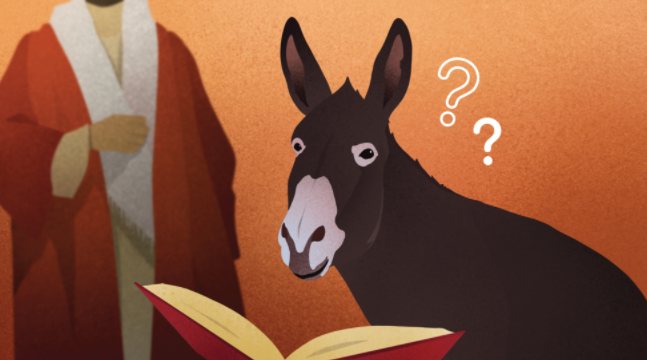 It means that it’s normal to make mistakes when you’re learning something new. But the more you practice, the better you’ll get.

There’s a similar proverb in Arabic: 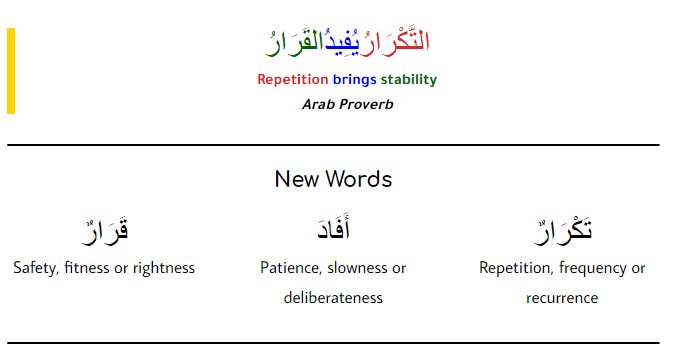 Similar to “practice makes perfect” this Arab proverb acknowledges that it’s easy to master and retain information in your short-term memory. However, it takes more effort and time for that information to be stored in long-term memory. Therefore, repetition is needed.

A more humorous Arab proverb with the same meaning is about a donkey.

There is a very interesting story behind this saying.

How a Bedouin Taught a Donkey to Read

There was once a king who was gifted a donkey. It was a very special donkey.

The king announced to the people of the town that whoever could teach the donkey to read and write will earn a prize. A Bedouin went to the king and said, “I am prepared to do so, but give me a month.” The king granted his request.

The king announced to the people of the town that whoever could teach the donkey to read and write will earn a prize. A Bedouin went to the king and said, “I am prepared to do so, but give me a month.” The king granted his request.

A month later, the Bedouin came back with the donkey and declared, “I taught it how to read but it cannot write.”

The king was happy with the news and asked the Bedouin to prove his claim. The man put a book in front of the donkey, and it opened the first page with its snout. The donkey continued turning page by page, from the beginning of the book until the end.

When the donkey reached the end of the book, the man turned to the king and said, “Can you see how it can read?” The king was delighted and gave the man the promised prize.

As the Bedouin was about to leave the city, another man approached him and asked, “Tell me how you did it.”

The man laughed at the smartness of the Bedouin and left.

The Importance of Repetition

The lesson we can learn from the tale of the donkey in this Arab proverb is the importance of repetition when learning something new. Even a donkey can learn with repetition!

Neuroscience research has identified repetition as one of the three ways to move new information from short-term memory to long-term memory. This natural way for humans to learn is reflected in how the Quran was revealed to us.

This method has been employed by the Prophet ﷺ in delivering the message. It was reported in a hadith:

Like learning anything new, learning Arabic needs time and effort. Repetition is key! To make it easy for you to learn new Arabic vocabulary, our Arabic Unlocked App has been designed with spaced repetition features proven to optimise long-term memory retention with the least amount of effort.