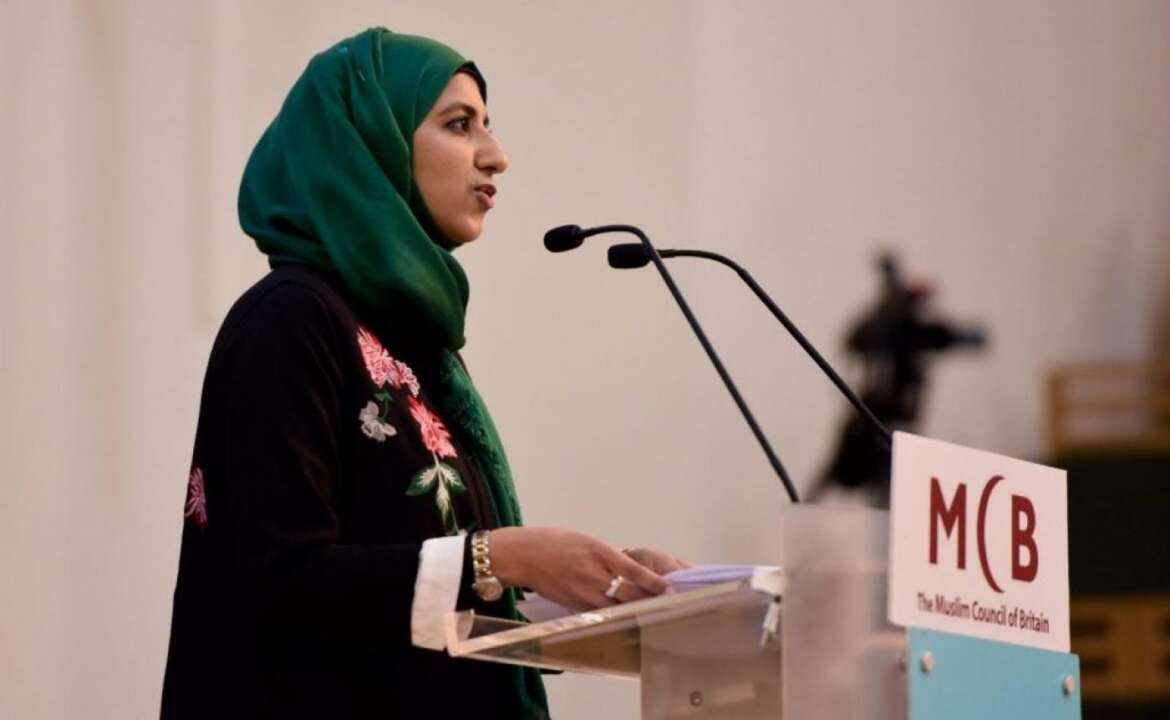 (update : since this article was published – A video clip taken from an interview of the newly elected secretary-general of the Muslim Council of Britain (MCB) has been removed by the BBC after complaints that a presenter had “bullied” her)

Last week, Zara Mohammed was elected General Secretary of the Muslim Council of Britain. It’s the first time in the organisation’s history that a woman has been elected into a leadership role, and it’s an achievement that deserves to be celebrated. Especially amongst Muslim women. In her round of press interviews, Zara appeared on BBC Woman’s Hour, which considering her landmark appointment, would’ve been expected. Going onto this radio show, you’d expect the presenter to ask about her role and what Zara wants to achieve in her time as General Secretary, but no. Instead, the presenter, Emma Barnett, pursued a line of hostile questioning relating to how many female imams there are in the UK.

In the clipped interview doing the rounds on social media, we can see Barnett borderline interrogating (tweet has since been deleted) Zara on this question, even after telling Barnett she didn’t know the answer to her question. It’s the kind of questioning you’d expect to see journalists put to MPs on policy, rather than a Muslim woman simply celebrating her incredible achievement. And it’s the kind of questioning that a lot of Muslim women, like myself, have grown used to when people ‘ask’ us about our religion.

I’ve had people question me and my religion ever since I was a kid in primary school. And as I got older, these questions grew more hostile and loaded, and frankly quite uncomfortable. They were questions that were disguised behind “oh I just want to understand” attitudes, but were in reality conveying “your religion doesn’t fit with our way of life” attitudes. People asked me if I was going to have a forced marriage or if my dad was a terrorist. They’d ask me to prove how women in Islam were not treated badly, as they’d seen something on the news that showed them otherwise. And these questions tended to always be wrapped up with them telling me that their homes were always available if I ever wanted to run away and ‘be free’.

“Barnett asked questions based on a preconceived judgement of Islam. It wasn’t journalism, but an attempt to catch out a Muslim woman to prove the beliefs she already held.”

Many Muslim women will have seen their own experiences reflected in the way Barnett approached her questions to Zara. It’s yet another attempt by white women to paint and reassert Islam in its typical negative stereotype: a ‘backwards’ religion that just doesn’t care about women. It’s a stereotype as old as time. Islam is viewed as this violent and misogynistic religion, where women are treated badly and are living oppressed lives. And because of this, Muslim women couldn’t possibly be linked to feminism, let alone be leading feminists in their fields.

Barnett asked questions based on a preconceived judgement of Islam. It wasn’t journalism, but an attempt to catch out a Muslim woman to prove the beliefs she already held. You could see it in the fact that when pushed back on the question of female imams, Barnett clearly didn’t know what an imam was or what she was actually asking. The lack of basic reading and research shone through and showed the real motive behind these questions. There was never an intention to learn or understand, but to simply get some clickbait Islamophobia for the listeners.

“White feminists want to ‘liberate’ and ‘free’ Muslim women, and they think they know what’s best for us. But when they think of us as outsiders and inherently different to them, how could they possibly know what we want or need?”

White women, like Barnett, also use these negative stereotypes to belittle Muslim women, acting as if they’re somehow above them and better than them. This kind of attitude is linked to a wider white saviour complex, which is especially pertinent when it comes to Muslim women. It’s an attitude that was there when friends told me I could crash at their houses if I wanted out, or in other words: we can save you.

White feminism has long had this saviour complex at its core, and it speaks to their ignorance on the actual experiences of Muslim women. White feminists want to ‘liberate’ and ‘free’ Muslim women, and they think they know what’s best for us. But when they think of us as outsiders and inherently different to them, how could they possibly know what we want or need?

The Woman’s Hour interview has been widely criticised by both Muslims and allies, and rightly so. White feminism and Islamophobia have a long and rather close relationship, which was plain to see in this interview. And I’m tired of it, as I’m sure many Muslim women are too. An interview that was supposed to be about Zara’s historic appointment, was instead de-railed and became a hostile takeover by a white woman trying to assert her own views of Islam. I’m tired of white women either speaking for us or imposing their views on us, because believe it or not, we can actually speak and think for ourselves.