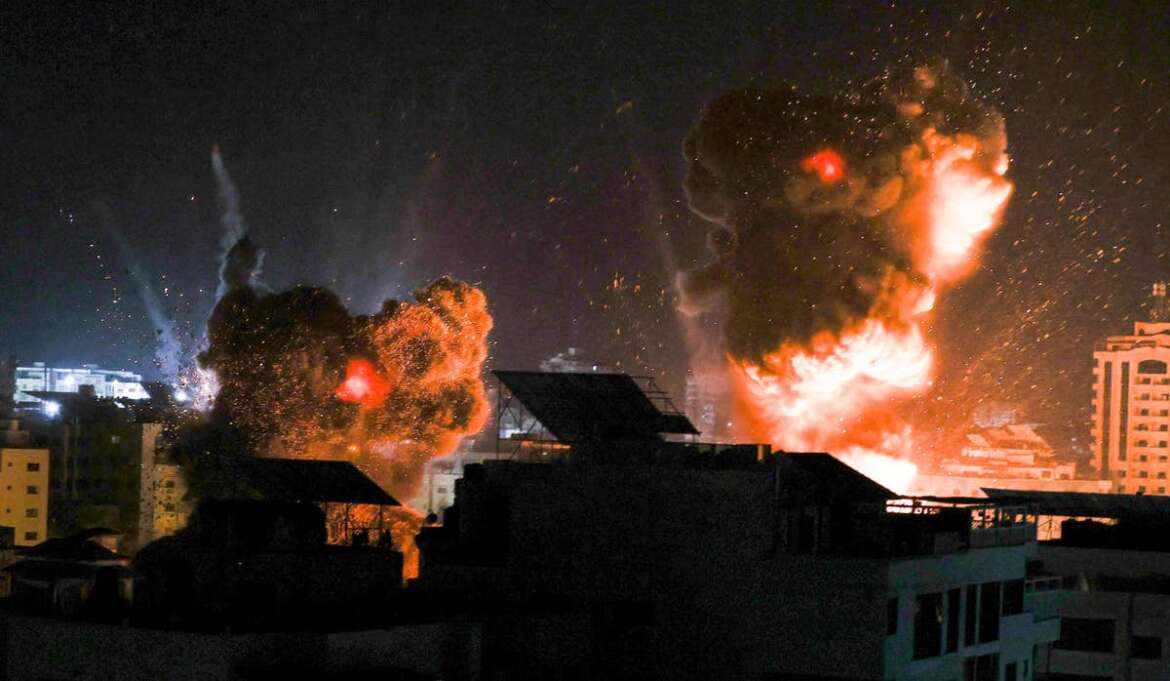 It must end now

The Gaza operation exposed a series of failures in the IDF’s preparations and conduct, under the leadership of a confused and helpless Israeli government

As of its ninth day, Operation Guardian of the Walls in Gaza has turned into Israel’s most failed and pointless border war ever, even when measured against the tough competition from the champion league of the Second Lebanon War, and Operations Pillar of Defense, Cast Lead and Protective Edge in Gaza. We have been witness to a serious military and diplomatic failure that has exposed major deficiencies in the army’s preparations and performance and in the leadership of a confused and helpless government.

Instead of wasting time in a useless effort to create an “image of victory” while causing death and destruction in Gaza and upending lives to Israel, Prime Minister Benjamin Netanyahu must stop now and agree to a cease-fire — and hope that the failure will be forgotten by public opinion as quickly as the Mount Meron disaster. In a more perfect world, it would be proper to add here “and order a thorough house cleaning of the Israel Defense Forces.” But criminal defendant Netanyahu, who is fighting to keep his official residence on Balfour Street, has neither the authority nor the political power to lead such a needed change. 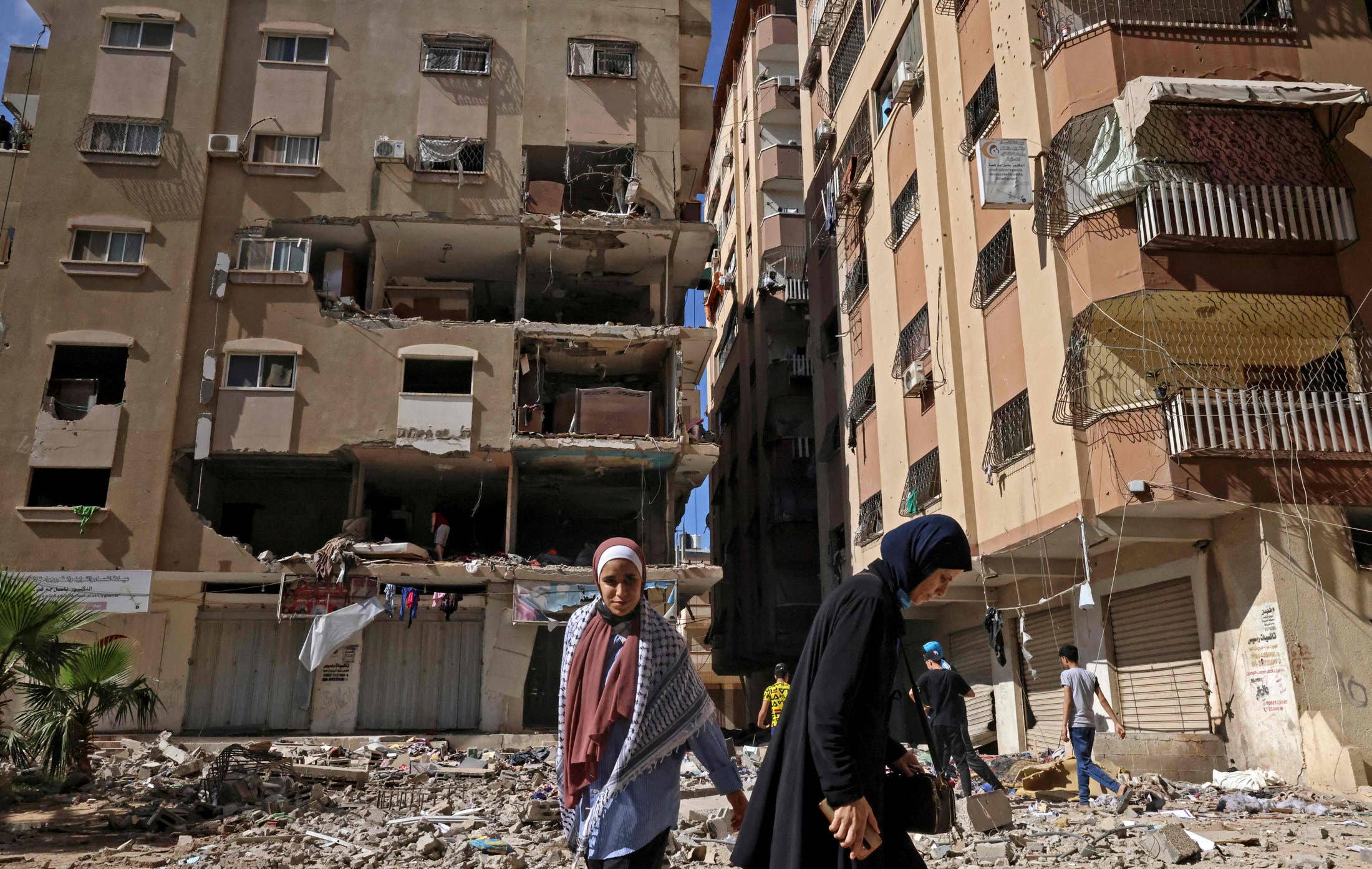 These are the biggest problems revealed so far in preparations for and conduct of the war:

1. Israel had focused its attention militarily over the last decade on the “campaign between the wars” in the north and the struggle with Iran. Gaza was regarded as a secondary front that could be dealt with through economic measures – by Qatar’s funding of Hamas with Israeli backing; by a certain easing of the Gaza blockade, such as allowing building materials in; and by the (justifiable) investment in defensive measures, first and foremost Iron Dome and the underground tunnel barrier on the Gaza border, which has proven itself by frustrating attempts by Hamas to penetrate Israel by land and minimizing harm to border communities.

Hamas was viewed as a bad neighbor, but one that was weak and isolated. The one issue that interested Israeli public opinion was the periodic debate over the return of Israeli prisoners and the bodies of soldiers.

As far as we know, no intelligence official warned that Hamas could with a small effort escape the cage Israel had put it into and emerge at the head of the Palestinian struggle for al-Aqsa, as well as widening the rift between Israel and the new administration of President Joe Biden.

2. Due to the intelligence failure in estimating Hamas’ intentions and abilities, a tactical intelligence failure ensured: The military hadn’t amassed enough quality targets in Gaza whose destruction could have caused the collapse of Hamas’ willingness and ability to attack Israel’s home front. The air force has hit many targets that Hamas will have to rebuild, but that hasn’t been enough. The flight hours and ammunition expended by the military have an economic cost, just like Hamas’ tunnels and rockets. As Gen. Israel Tal once wrote: “When strategy is derived from tactics, battles are won and wars are lost.”

You can feed the public with news broadcasts arrogantly talking about “the painful blows we’ve delivered to Hamas” and showcase the pilot who killed an Islamic Jihad commander – while forgetting that this was an advanced fighter jet with precision armaments attacking an apartment building – as a modern-day version of Judah the Maccabee or Meir Har-Zion. But all these layers of makeup can’t cover up the truth: The military has no idea how to paralyze Hamas’ forces and throw it off balance. Destroying its tunnels with powerful bombs revealed Israel’s strategic capabilities without causing any substantive damage to the enemy’s fighting abilities.

Assuming 100, 200 or even 300 fighters were killed, would this bring down Hamas rule? Or its command and control systems? Or its ability to fire rockets at Israel? The shrinking number of quality targets is evident in the growing number of civilian casualties as the campaign has continued.

3. A year of the coronavirus inured the Israel public to closed schools, empty streets and a shuttered airport. It has demonstrated resilience in the face of rockets from Gaza, as it did in the face of a pandemic from China. Instead, the public trauma has focused on the collapse of coexistence between Jews and Arabs inside Israel more than it has on the external conflict. Nevertheless, Hamas has severely damaged the fabric of life in Tel Aviv and the south, and the military doesn’t appear capable of stopping it after a week and a half of firing.

4. Israel’s land forces have been consigned to the marginal role of deceiving and confusing the enemy into descending into tunnels in the hopes of trapping them through airstrikes. Even this doesn’t seem to have succeeded – large numbers of Hamas fighters were not inside the tunnels that were bombed.

It’s good that no one has been contemplating a real ground operation in Gaza, which would lead to heavy losses. Israel has no goals that would justify such an operation like that, and this time there aren’t calls to “go in” and invade Gaza, even from the far right of the political map. In any case, the fear is that the land forces aren’t aren’t capable of entering the fray and are unprepared for combat.

5. It is worthwhile recalling the words of the angry prophet, Maj. Gen. (res.) Yitzhak Brik, the sharpest critic of the army brass in recent years, who warned that the next war would be fought on the home front, that Israel had no answer to attacks involving thousands of missiles, and that its land forces aren’t able to fight.

Brik was talking about a future war with Hezbollah, whose fighting power is much greater than that of Hamas. But the current conflict should be seen as a taste of what is to come, and it doesn’t look good. Iron Dome has brought down the great majority of rockets and has saved many lives, but it has struggled to cope with concentrated barrages. The Israeli home front has never been hit by such a quantity of weapons. Ashkelon has turned into a ghost town, and homes without shelters have been abandoned. But all of this is tiny compared to what Hezbollah is capable of doing.

In the face of such limited achievements, Netanyahu would do well to stop now and hand Biden a small achievement by calling the immediate cease-fire that the president has been seeking. There’s no reason in continuing to pound away at the Gaza sandbag while bringing life in Israel’s south and center to a standstill. Fixing the military, it seems, will have to wait till Israel has new leadership.