(pic : A shoe is placed on a poster depicting Abu Dhabi Crown Prince Mohammed bin Zayed al-Nahyan during a Palestinian protest against the UAE-Israel deal to normalise relations, in Nablus in the Israeli-occupied West Bank, August 14, 2020)

Turkey has announced it may downgrade its relations with the UAE over the Gulf state’s accord to normalise ties with Israel.

“We may take steps to suspend diplomatic ties with the UAE or withdraw our ambassador,” Erdogan told reporters.

Under the US-brokered, the first between Israel and a Gulf Arab, the Jewish state agreed to suspend its planned annexation of areas of the occupied West Bank. Palestinian leaders have denounced it as a “stab in the back” to their cause.

“The move against Palestine is not a step that can be stomached. Now, Palestine is either closing or withdrawing its embassy. The same thing is valid for us now,” Erdogan said, adding he gave orders to his foreign minister.

Turkish Foreign Minister Mevlut Cavusoglu also accused the UAE of sowing instability in the region and “betraying the Palestinian cause for its own interests.”

“The UAE, which is pursuing secret ambitions over a US plan that is stillborn and null and void, ignores the willpower of Palestine,” the Turkish Foreign Ministry said in a statement.

“With that being the case, there is no credibility in presenting the trilateral declaration as a support to the Palestinian cause,” the communique issued on Friday read.

The ministry statement noted that the UAE administration “has no authority to negotiate with Israel on behalf of Palestine without consent from its people and administration, regarding vital matters.”

“Neither history nor the collective conscience of the region will ever forget and forgive the hypocritical behaviour of the UAE, which is trying to depict the deal as a sacrifice for Palestine, when in reality it is a betrayal to the Palestinian cause for its own narrow interests,” it added. 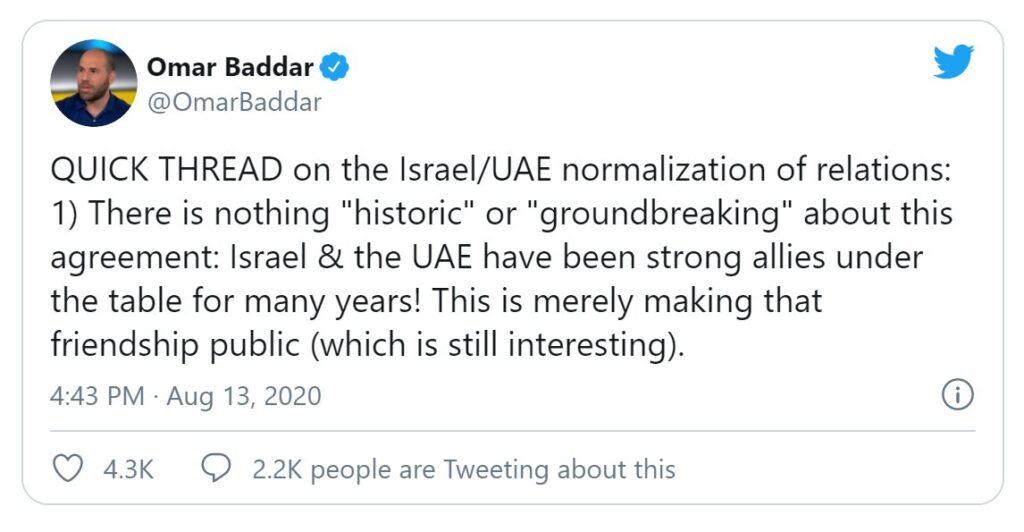 US President Donald Trump’s original plan in January had given the green light for Israel to annex parts of the occupied West Bank territory and Jewish settlements there that are considered illegal under international law.

For now, annexation appears to be on ice, the US, Israeli and UAE leaders said they had agreed “Israel will suspend declaring sovereignty” over Palestinian West Bank areas.

Netanyahu, for his part, stressed he had only agreed to delay annexation, that in the long term the plans remained “on the table” and that he would “never give up our rights to our land”.

The development marks only the third time an Arab nation has opened full diplomatic ties with Israel, and the Emirates is now the first Gulf Arab state to do so.

Other Arab nations with diplomatic ties with Israel are Egypt and Jordan. 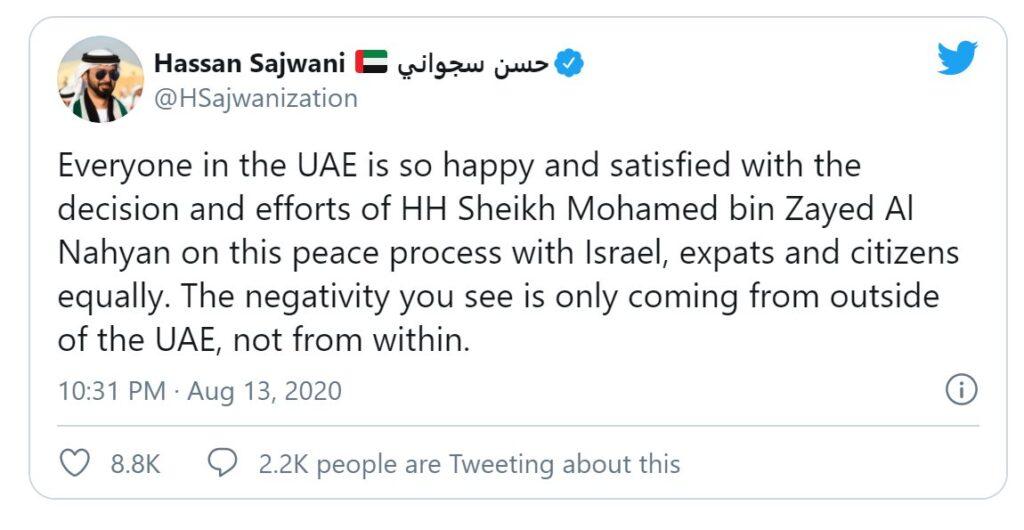 Iran condemned the normalisation of ties between its arch-foe Israel and United Arab Emirates, also an unfriendly country, as “strategic stupidity” and said the Palestinian people will not forgive Abu Dhabi.

The move was an act of “strategic stupidity from Abu Dhabi and Tel Aviv which will undoubtedly strengthen the resistance axis in the region,” Iran’s foreign ministry said in a statement.

“The oppressed people of Palestine and all the free nations of the world will never forgive the normalising of relations with the criminal Israeli occupation regime and the complicity in its crimes.” 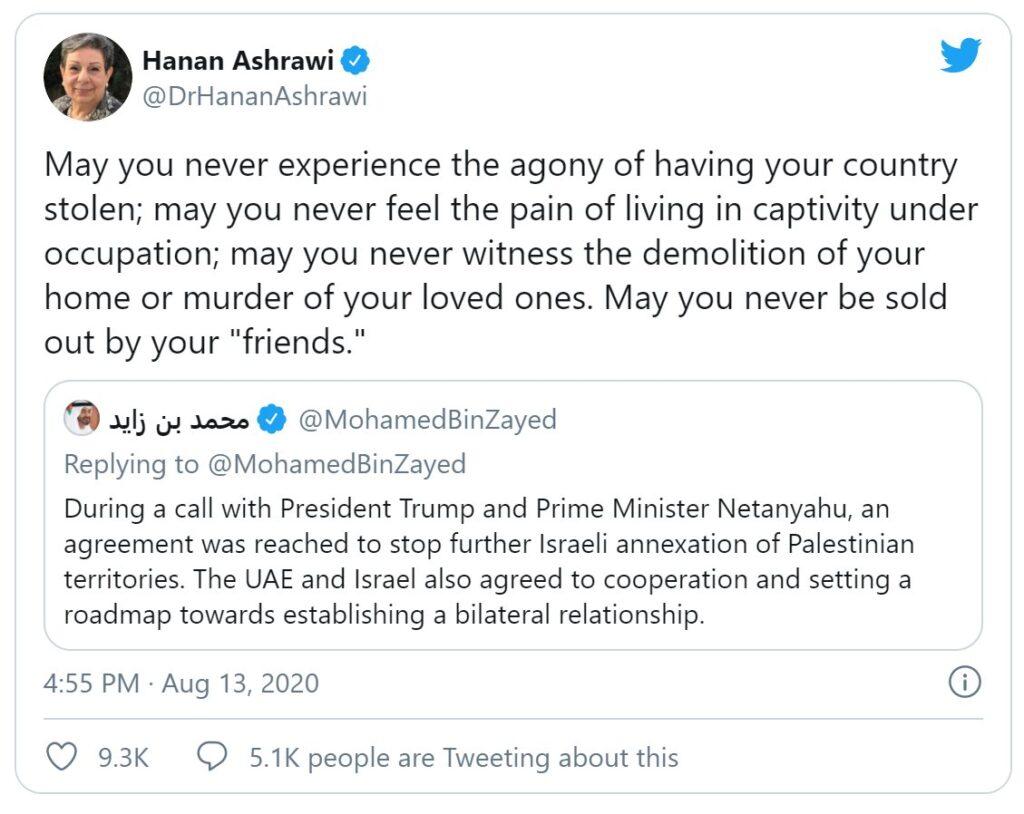 Jordan said that the deal announced between Israel and the United Arab Emirates could push forward stalled peace negotiations if it succeeds in prodding Israel to accept a Palestinian state on land that Israel had occupied in the 1967 Arab-Israeli War.

“If Israel dealt with it as an incentive to end occupation … it will move the region towards a just peace,” Foreign Minister Ayman Safadi said in a statement on state media.

“The secretary general (hopes) it will create an opportunity for Israeli and Palestinian leaders to re-engage in meaningful negotiations that will realise a two-state solution in line with relevant UN resolutions, international law and bilateral agreements,” his spokesman said.