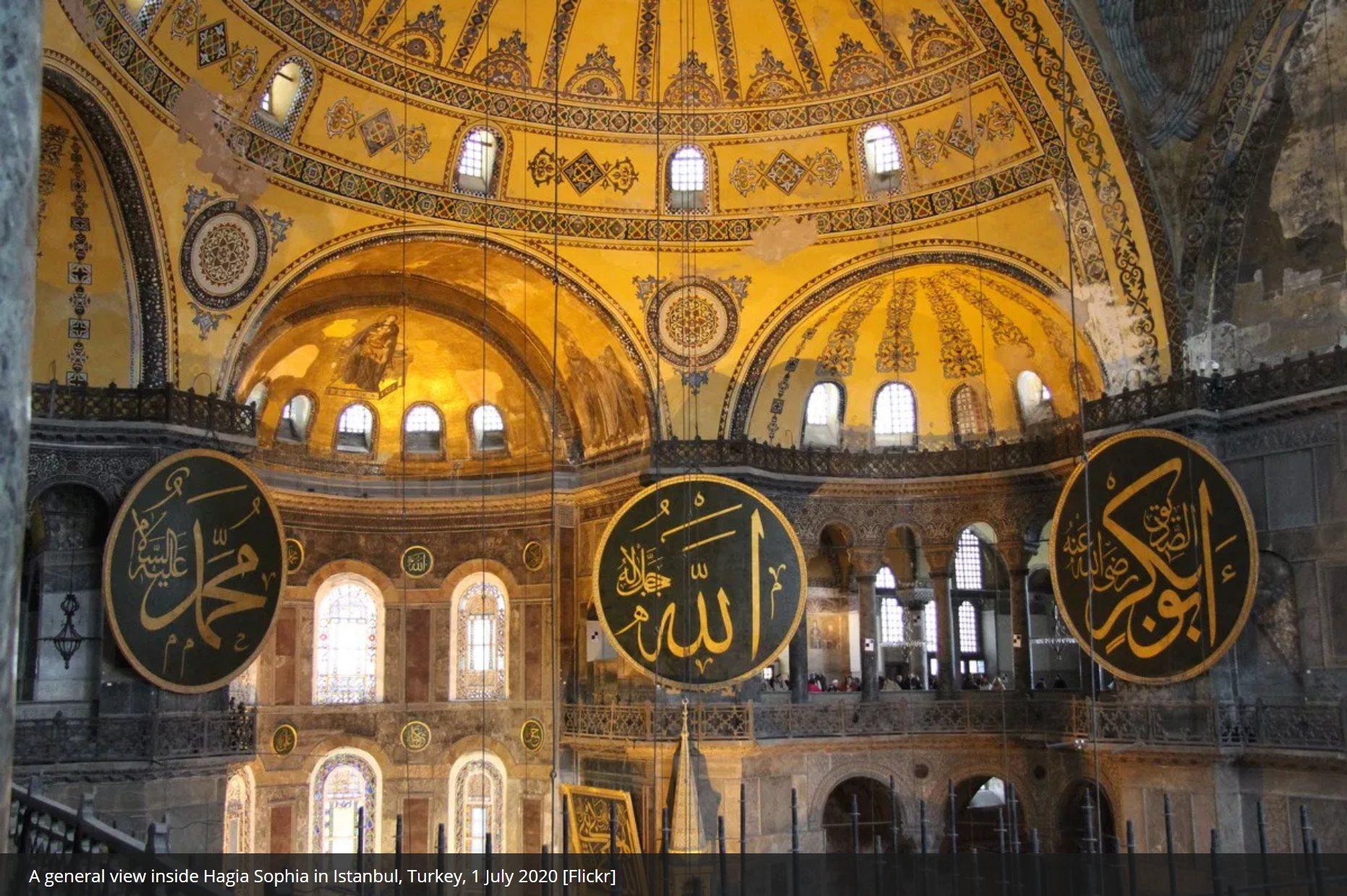 “A temple from which the nation has been deprived for 86 years has opened its doors to believers again,” the Institute for Islamic Thought (IDE) said in a statement after Turkey’s decision to reopen Hagia Sophia as a mosque after years of it being classed as a museum.

The 1934 ruling to convert the ancient church, turned mosque, into a museum was a “radical decision”, the IDE said, which “has caused great bitterness in our nation and frustration in our society”.

Since Friday’s landmark decision to return Hagia Sophia into a mosque, President Recep Tayyip Erdogan confirmed the mosque will be open for prayers starting on Friday 24 July but will continue to be accessible for all visitors.

The statement by IDE started by acknowledging that the Hagia Sophia had originally been constructed some two hundred years before the birth of Islam’s Prophet Muhammad (peace be upon him) when it was first inaugurated as a Byzantine Orthodox church and as such has a rich history in terms of humanity, religion and civilisation.

As the site was made for the purpose of worshipping God, the statement continues,  “this divine goal was resumed uninterruptedly since the conquest of Istanbul in 1453”, when the prophecy of the fall of Constantinople (former name of Istanbul) was fulfilled by Sultan Mehmet II the Conqueror.

According to the IDE, Sultan Mehmet had issued a declaration of safety for the non-Muslim inhabitants of Istanbul, providing them freedom to practice their beliefs and safe-guarding their lives and property, stating, “We will protect you as we protect ourselves”. However, the Hagia Sophia was entrusted as an endowment to the Ummah “until the end of times”.

“Today, as it was yesterday, it is certain that Hagia Sophia, like our other temples, will keep its doors wide open,” it continued, “for anyone who wants to visit this historical treasure.”

The issue of the re-opening the Hagia Sophia as a place of worship from being a museum has been framed in the West as a conversion of a church into a mosque, but the institution argues that for Turkey, it is merely a matter of a museum turning back into a mosque, which it had been for almost half a millennium.