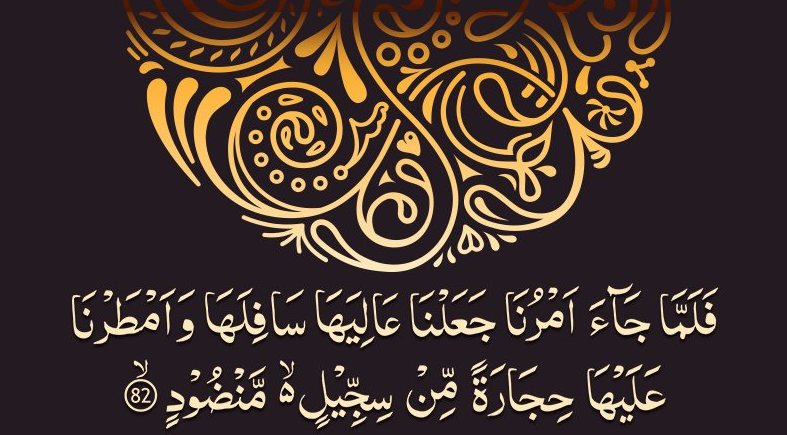 While our belief in the stories of the Quran is independent of archaeological findings, it is interesting to read of discoveries that clearly seem to validate our beliefs.
Recently, archaeologists around the Dead Sea have discovered the remains of an ancient city that was destroyed by what they assume was a ‘cosmic airburst,’ meaning a meteorite that surprised the city and demolished it completely. The archaeological remains of the city, which has been called Tall el-Hammam, indicate that it was the center of civilization of the region, with a fairly large and active population. The blast, which must have come suddenly upon its people, was so severe that its energy waves are estimated to be over a thousand times more powerful than the nuclear bomb detonated over Hiroshima. In fact, there is no known equivalent in recorded history, and the sand of the area itself has melted to quartz in temperatures that could not be less than 2000 degrees Celsius. The city was covered in over four feet of ‘volcanic ash’, and because of this, some of its buildings, utensils and structures have been preserved.
It is estimated that the city was destroyed around 3,600 years ago.
Both the time and location of this event, along with the cataclysmic manner in which it was destroyed, correspond to what is said of the time frame and location of Prophet Lūṭ and his people. The researchers of this paper also concluded that while they are not interested in the question of whether the Biblical city existed, it is possible that the legends of Sodom and Gomorra are based on this event and destruction.
For us as Muslims, we believe what the Quran says:

وَلَقَدْ صَبَّحَهُمْ بُكْرَةً عَذَابٌ مُّسْتَقِرٌّ
And indeed, by the early morning they were overwhelmed by an unrelenting torment. (Qamar: 38) 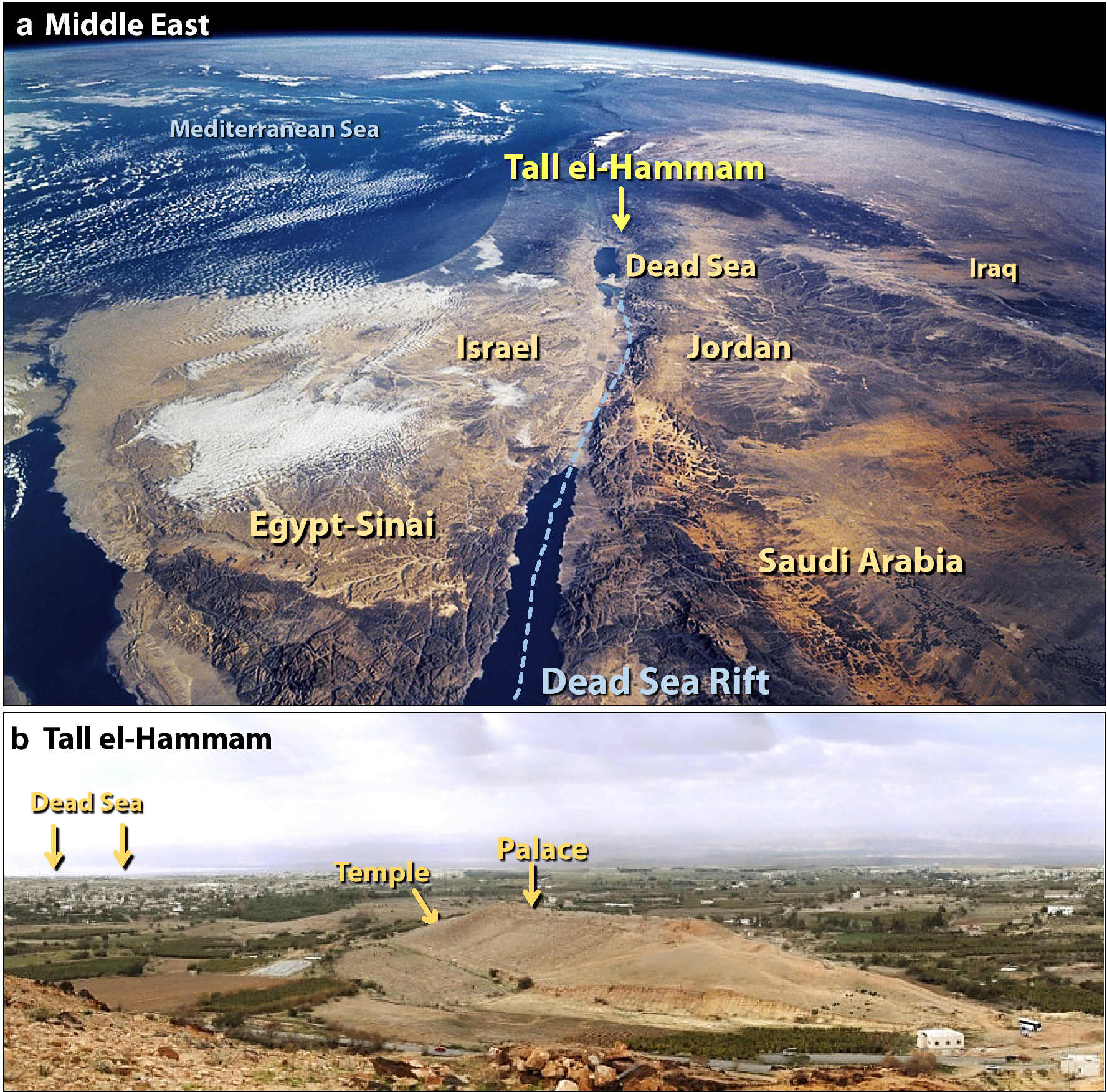 Location of Tall el-Hammam. (a) Photo of the southern Levant, looking north, showing the Dead Sea, the site location (TeH), and nearby countries. The Dead Sea Rift, the fault line marking a major tectonic plate boundary, runs through the area. Source of base image: NASA, Space Shuttle. “The Sinai Peninsula and the Dead Sea Rift”. Photo: sts109-708-024, taken 12/16/2009. From the NASA Langley Research Center Atmospheric Science Data Center (nasa.gov/topics/earth/features/astronauts_eyes/sts109-708-024.html). (b) West-southwest-facing view of the upper tall showing locations of the palace and temple behind the curve of the upper tall. The Dead Sea is in the background to the left. 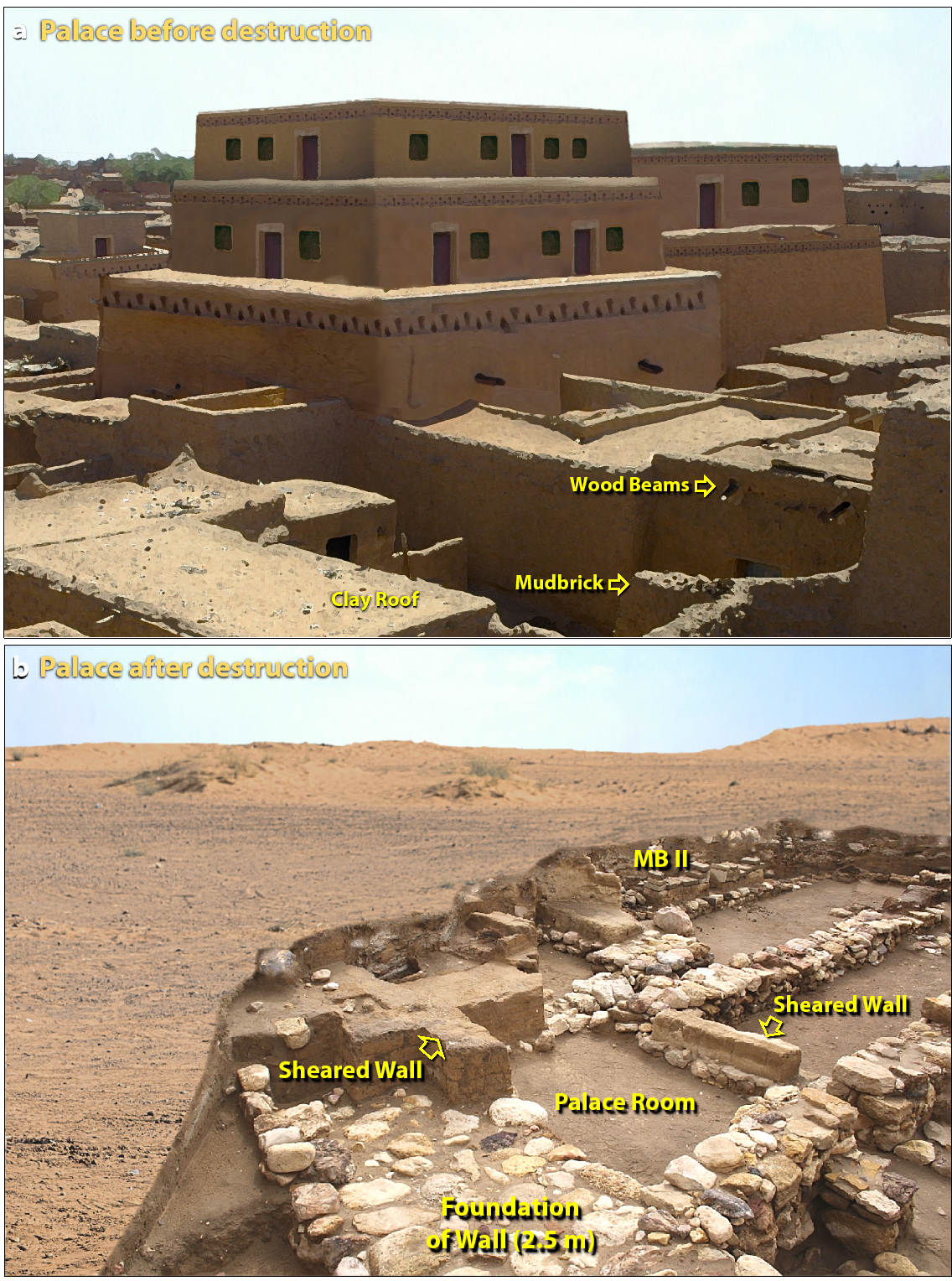 Catastrophic levelling of the palace at TeH. (a) Artist’s evidence-based reconstruction of the 4-to-5-story palace that was ~ 52 m long and 27 m wide before its destruction. (b) Artist’s evidence-based reconstruction of palace site on upper tall, along with modern excavation. “MB II” marks the top of 1650-BCE Middle Bronze rubble. Note that the field around the excavation is essentially flat, unlike the view in panel ‘a’. Originally, parts of the 4-story palace were ~ 12 + m tall, but afterwards, only a few courses of mudbricks remain on stone foundations, labelled as “wall remnants”. Part of the foundation of the massive wall around the palace is at the bottom. Debris from between sheared walls has been removed by excavation. A comparison of panel ‘a’ to panel ‘b’ shows that millions of mudbricks from the upper parts of the palace and other buildings are missing.

article title : Was This The City of Luṭ ?