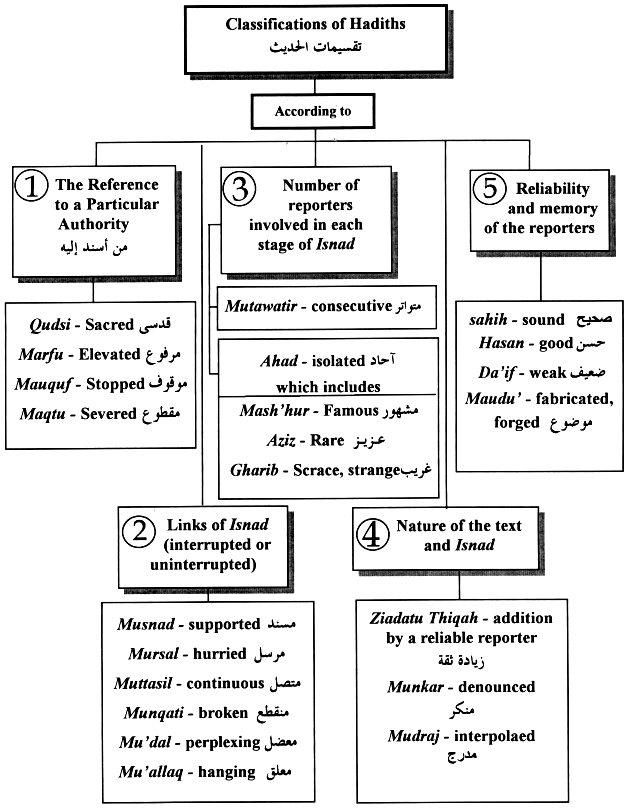 This a brief introduction to the concept of Tawatur and its significance in Islamic beliefs. Muslims have unanimously and consistently held that any principle based on Tawatur is next to the Qu’ran in being part of Muslim belief and its denial amounts to the denial of Islam. This is because that if someone can deny the validity of Tawatur he can deny the validity of the Qur’an itself which has come down to us through the Tawatur of generations or Tawatur al-Tabaqah. Before a fuller discussion on Tawatur is made we should see what is the status of Sunnah or model example of the Holy Prophet in the Islamic scheme of things.

The position of Sunnah is slightly different from the Qur’an. The Sunnah was not reduced to writing by the Holy Prophet صَلّى اللهُ عليهِ وسلّم. It was not compiled by his immediate successors in the form in which the Qur’an was compiled. This fact sometimes creates misunderstanding in the minds of some people. Some other times it is exploited by the opponents of Islam to create doubts as to the authenticity of the Sunnah. Some western scholars, such as Gold Zieher, Joseph Schacht and others and quite a good number of their Muslim followers, have taken upon themselves to highlight and willfully magnify the fact that the Sunnah was not written under an official arrangement by the successors of the Holy Prophet صَلّى اللهُ عليهِ وسلّم in the manner in which the Qur’an was written.

In view of this endeavor of some people, Muslim scholars have addressed themselves to the task of compiling the early history of the Sunnah and its authenticity. A cursory glance over the history of Muslim denominations, splinter groups, and heterodox ideologies that emerged in Islamic history shows that most of the deviationists tried to make out their case by doubting the authenticity of the Sunnah. This tendency of challenging the validity of the sayings and practices of the Prophet of Islam صَلّى اللهُ عليهِ وسلّم is found as early as during the Caliphate of Aii, the fourth Caliph of Islam. When he entered into negotiations with some extremist groups of the Khawarij in order to persuade them to accept the right case, he advised his chief negotiator, Abdullah ibn Abbas, another noted companion, to base his arguments with the Khawarij on the saying of the Holy Prophet صَلّى اللهُ عليهِ وسلّم rather than on the Qur’an. The reason expressed by Ali was that the Qur’an is in very general and universal terms and it is difficult to interpret it without reference to the Sunnah. In fact, it is the Sunnah that is the most authentic commentary of the Qur’an; it is the Sunnah that determines the import and meaning of many an injunction of the Qur’an open to more than one interpretation. Any attempt to understand and interpret the Qur’an without a reference to the Sunnah is not only illogical but is tantamount to the denial or distortion of the Qur’an.

The Sunnah or model example of the Holy Prophet صَلّى اللهُ عليهِ وسلّم is based on the reports that have come down to us on the authority of his companions. These reports are technically called Ahadith. a plural of Iladith which literally means a talk, speech, or a saying. These reports were narrated by the companions to their followers and by the followers to their disciples and so on and so forth. In this process, it is necessary that first of all the authenticity of the report is examined. In this process, a two-fold examination takes place. The internal examination, called Dirayah, is the subject of an independent science that deals with the internal criticism and evaluation of these reports. The external examination, called Riwayah. deals with the continuity or otherwise of the chain of narrators, their personal character, and historical evidence about their intellectual honesty and moral integrity. In this exercise, the undisputed integrity of the narrators and the number of the narrators of a particular report on various stages become very’ important. In view of the varying degree of the personal character, intellectual honesty and moral integrity of the narrators, the reports narrated by them have been classified into various categories, each category having its own status in terms of authenticity and acceptability.

Muslim scholars and jurists have developed an elaborate Science of Hadith which is, in fact, a set of various disciplines dealing with all the important areas of this exercise. Leaving the details aside, we should stick to the more important categories of the Ahadith. It may be mentioned here that the classification of the Ahadith is based on both internal and external scrutiny. The highest degree of a Hadith. determined on the basis of internal criticism, is Sahih, or Sound, which fulfills all the conditions and requirements of an acceptable authentic report about a saying, action or tacit approval of the Holy Prophet صَلّى اللهُ عليهِ وسلّم. This category is followed by Hasan, or Good, which is the second degree of an acceptable report. ‘Hie third degree is Da’if, or Weak, which is the last degree of an acceptable Hadith which is accepted only if it contains some moral lessons, ethical virtues, and unimportant historical events corroborated by stronger reports. On the other hand, the highest category of accepting an authentic report on the basis of external inquiry is Mutawatir i.e. a Hadith reported by such an overwhelming number of narrators in all stages that the human mind reasonably fails to doubt its veracity or authenticity. This category is followed by Mashhur or well-known, a Hadith reported by several narrators at least in the early three stages of its transmission. The last category in this classification is Khabar al-Wahid, or a Solitary Report, which is reported by one individual at any stage. It is accepted only in some cases, the details of which are found in the works of Hadith and Jurisprudence.

It is important to note that factually all the Mutawatir Ahadith are also Sahih because anything reported by such a large number of narrators in each stage must successfully meet the requirements of a sound and authentic report. Muslim scholars and especially the early doctors of the Science of Hadith have had discussions on the nature of Tawatur, its conditions and requirements. Various collections of Mutawatir Ahadith have been compiled in the course of the last thirteen hundred years, some of them claiming to be exhaustive on the subject and others confining themselves to particular topics. The Mutawatir has again been divided into four further categories.

ii) Mutawatir Amali: or practical Mutawatir. This is a slightly lesser degree of the first category of Tawatur. These are reports corroborated by the continued common practice of the Muslims. The best examples of this kind of Mutawatir are the rates prescribed for the payment of Zakat, major acts in the hajj etc. These two kinds mostly deal with the action or practice of the Holy Prophet.

The remaining two kinds mainly consist of the sayings and utterance of the Holy Prophet.

iii) Mutawatir al-Lafz: A Hadith whose wording is narrated by all the narrators either with exactitude or with a very minor negligible variation. This is, of course, the higher degree of Mutawatir.

iv) Matawatir al-Ma’na: This is the second type of which only the sense and import is common and phraseology is different.

Before we proceed further with the legal status of the Mutawatir and its scriptural authority, let us refer to another very important classification of all the texts of the Qur’an and the Sunnah. We have already pointed out that the Qur’an and the Sunnah are the two foundations of the Shariah. All the injunctions of Islam, foundations of belief socio-economic system, ethical-moral instructions are based on these two fundamental sources. All these texts are broadly divided into two categories:

i) QAT’IYY AL-THUBUT: This includes all those scriptural texts which have conclusively been proven to have been given by the Holy Prophet صَلّى اللهُ عليهِ وسلّم to his followers and no one can possibly entertain any doubt as to their authenticity and historicity. This category includes the whole body of the Qur’an and the Mutawatir Ahadith.

ii) ZANNIYY AL-THUBUT: This category includes such other scriptural texts about which there can possibly be a difference of opinion whether these were rightly attributed to the Holy Prophet صَلّى اللهُ عليهِ وسلّم or not. This includes all solitary and other traditions. As to the foundations of belief, it is necessary that these should be supported by Qat’iyy al-ThubuL It means that anything which is not Qat’iyy al Thubut cannot be an article of Muslim faith, and anything which is Qat’iyy al-Thubut is an article of the Muslim faith. Its denial means disbelief which throws the person concerned outside of Islam.

After this brief prelude about the authenticity and legal status of the Ahadith. let us make it clear that anything proven by any degree of Tawatur is an essential of Islam. In order to constitute a Muslim, total and unqualified belief in all the essentials of Islam is necessary. Anyone who denies an essential of Islam ceases to be a Muslim. The unanimous decision of the Companions of the Holy Prophet to excommunicate the followers of Musailimah al-Kazzab and the deniers of the Zakat, despite their avowed commitment to Islam, is undoubtedly conclusive proof that the denial of any one essential of Islam places the person concerned outside the fold of Islam. In the course of history, Muslims never showed any leniency in this principle. They jealously and dispassionately applied this principle in order to protect the integrity of Islam and the solidarity of the Muslim Ummah.