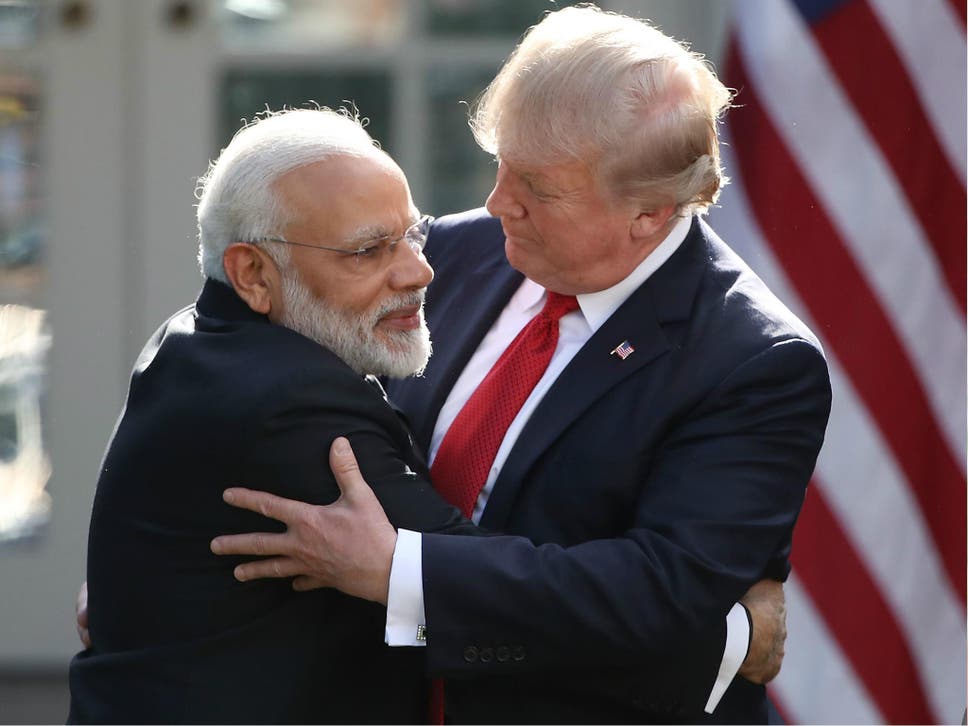 I became an American groupie because the India of my youth was bedevilled by poverty and protest. Living in the US for the past two decades — and the George Floyd protests this week — have offered me a sharply different perspective

John Kenneth Galbraith famously described India as a “functioning anarchy”, an ungovernable country which miraculously survived despite its complexity and dysfunction. Galbraith’s searing comment about my country of birth comes to mind as I sit near Washington DC and watch major cities go up in flames after the killing of George Floyd. Has America itself become India, a functioning anarchy?

At first glance, it might be absurd to compare the United States, an economic and political superpower, with a lower middle-income country like India, notwithstanding their shared label of being the world’s largest and second-largest democracies respectively. However, America’s great wealth and dynamism has singularly masked its failings and in meeting the real measure which matters — the responsiveness and ability of its democracy to deliver to its people, a large proportion of whom are minorities and poor. By this yardstick alone, the US is behaving a lot like India, a comparison which becomes magnified when one examines the brazenness of law enforcement, the venality of some of its politicians, deepening class and racial divides, and the indifference and apathy of privileged elites.

Growing up in India in the seventies, a period of great turmoil, I marvelled at the resilience and durability of America’s political system. Surviving the twin shocks of Vietnam and Watergate, the US appeared from afar as a shining city on the hill, where right and left responsibly settled differences and political protest was a legitimate way to express grievance. There was of course a great deal of naivety on my part in observing America as I did, with rose-tinted spectacles and in overlooking simmering race divides which the country has never been able to overcome, a spectacular failure of its democracy. I made the mistake — a mistake which many outside commentators make to this day in analysing America — of conflating its great wealth and mythology of an “American dream” with real progress in building a cohesive, inclusive society.

My own glimpse into the US of the seventies came via Voice of America, the state organ which is currently facing President Trump’s wrath; as well as Time and Newsweek, whose abiding faith in the American system and way of life were presented in marked contrast with the chaos and hopelessness in the rest of the world.

I became an American groupie because the India of my youth was bedevilled by poverty and protest, perhaps deserving of Galbraith’s withering insult. Living in the US on and off for the past two decades has offered me a sharply different perspective: a glimpse of its many strengths, great weaknesses, and of course its sharp similarities with India past and present. For example, it is a widely held belief in India that there are few checks and balances in law enforcement and the criminal justice system. Police brutality and so-called “encounter killings”, where suspects die under mysterious circumstances, are the norm and the ruling party in power has a great ability to subvert criminal justice. It is not at all surprising to witness heartbreaking scenes from the Covid-19 pandemic in India, where poor migrant workers attempting to leave cities have been subjected to harassment by law enforcement. Their suffering is not very different to the depredations faced by America’s minorities as the killing of George Floyd, Ahmaud Arbery, Eric Garner, Breonna Taylor, and a thousand more nameless victims testify. In India, the proximate reason for the harassment is caste and economic class; in America, it is race and economic class. Despite being separated by geography, a police officer in urban America today has a lot in common with his counterpart in Delhi or Mumbai.

The brazenness of law enforcement gets turbocharged in the two countries due to the venality of politicians. In India, the ruling Bhartiya Janata Party (BJP) has tacitly encouraged the persecution of minorities or looked the other way as Hindutva supporters target the country’s Muslim community, through summary lynchings and economic harassment. Prime Minister Modi’s silence and infrequent calls for national unity has been taken by his supporters as a license to burn and destroy. India’s indifference to its minorities and dog-whistle politics has eerie parallels with America, as the President’s invocation of “when the looting starts, the shooting starts” and his proclamation after Charlottesville about there being good people “on both sides” makes clear.

These differences are amplified by traditional and social media. Listening to right-wing chatter on Fox News or chat groups is not very different from the hype and fear generated by India’s many pro-Modi “commando channels”, named after the practice of anchors showing up in Army fatigues to display their patriotic fervor. The political spectacles in Houston in September 2019 and Ahmedabad, India in February 2020, where Trump and Modi showed up at campaign-style rallies before an adoring audience, further cements America’s Indianization.

In the end, what matters is how the two countries address their democracy deficit and in delivering social justice. Inequities in the system are too deeply entrenched and a cosseted, complacent elite in the two countries have little incentive to change. It is ultimately up to an incoming generation of socially aware millennials, inspired by Mahatma Gandhi and Martin Luther King Jr., to make India and America more alike on a positive set of social and economic indicators. Peaceful protest rather than violent rage is the only answer, as a very Gandhian Killer Mike reminded us in Atlanta last week. The alternative is a functioning anarchy with intended consequences.

Vasuki Shastry is a former journalist and IMF official who now works as an Associate Fellow in the Asia Pacific Program of Chatham House. He lives near Washington DC