You Are Here » Home » Miscellaneous » Topical and Current Affairs » Why is the Democratic Party so timid on Palestinian rights? 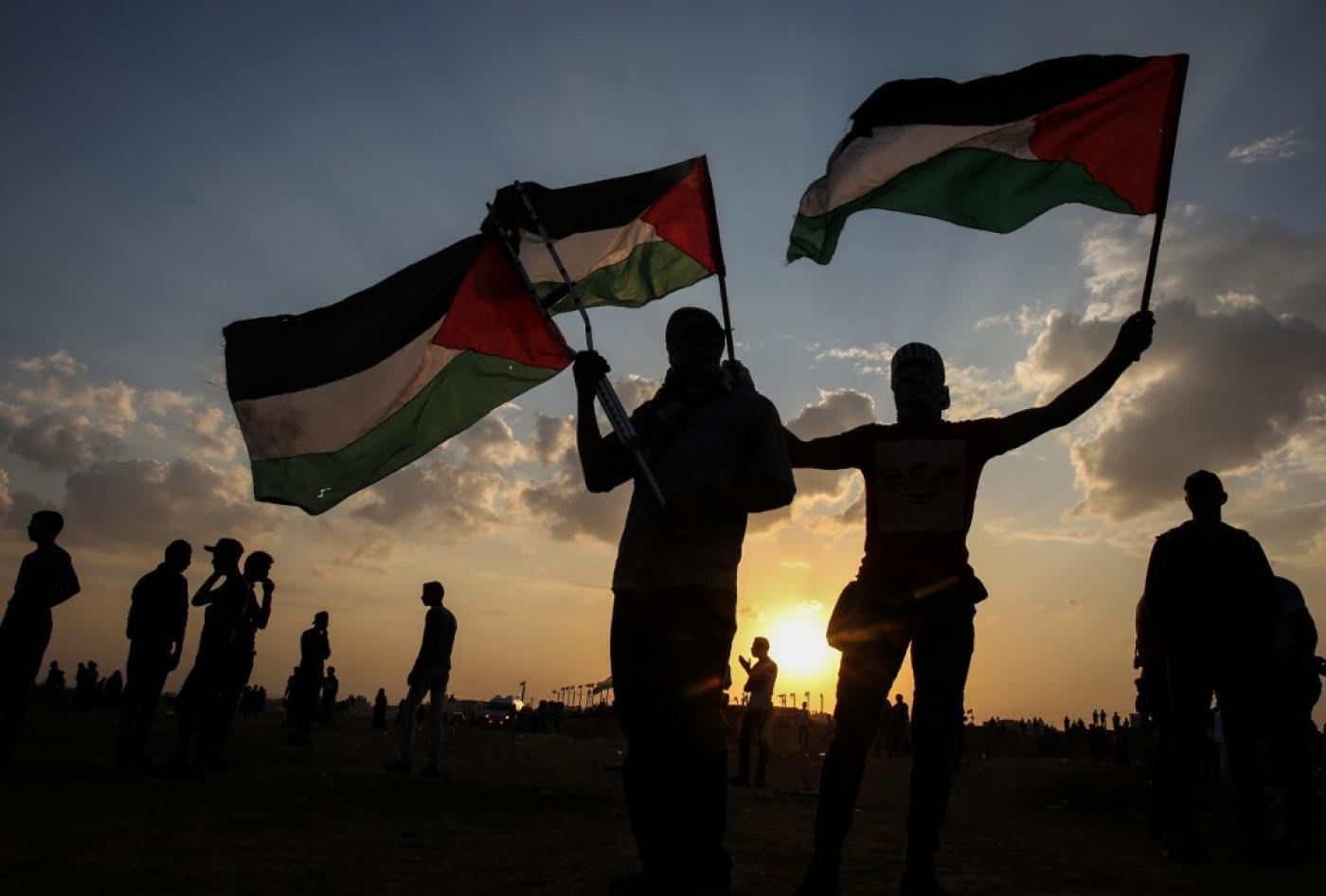 Zogby is founder and president of the Arab American Institute, a fellow at the Sanders Institute, and a member of the Democratic National Committee.

I’ve been engaged in Democratic Party platform debates for over three decades and am amazed at how the party consistently gets the section on the Mideast wrong. Wrong because the positions expressed are out of touch with political realities on the ground. And wrong because it is out of sync with the opinions of Democratic voters. Unfortunately, despite some marginal progress in this year’s platform, which was approved on Monday, it’s still 20 years behind the times and out of touch with the views and wishes of voters.

Before I get to this year’s platform, a bit of history. In 1988, in the midst of the first Palestinian uprising against Israel’s occupation, I was representing the Jesse Jackson campaign and tried to get some mention of the “Palestinian people” in the platform. My efforts were rejected. In 1996, during a sensitive time in the Oslo negotiations, while President Bill Clinton was urging both sides to avoid unilateral actions that would predetermine “final status issues,” the platform did just that, calling Jerusalem the capital of Israel. This forced the White House to issue a statement distancing itself from the president’s own party’s platform. And in 2016, representing Bernie Sanders, we failed to get the words “ending the occupation” and any mention of “settlements” into the section on the Israeli-Palestinian conflict.

It was against this backdrop that I approached the 2020 platform. The document (for the first time!) recognizes the Palestinians right to a state and promises to undo the damage done by Trump, by restoring U.S. assistance programs sorely needed by Palestinians, reopening the U.S. Consulate in East Jerusalem that long served Palestinians in the occupied lands, and working to reopen the Palestinian Mission in Washington, DC.

But calling for a Palestinian state two decades too late or promising to return to the status quo ante just isn’t good enough.

There is one area where significant progress was made relating to the Boycott, Divestment and Sanctions (BDS) movement for Palestinian rights. While this year’s platform keeps problematic language from 2016, stating opposition to “any effort to delegitimize Israel, including at the UN or through the BDS movement,” it also notably adds a commitment to “protect the constitutional right of our citizens to free speech.” Pro-Israel groups are trying to spin this as a victory, but it’s akin to a GOP platform reading “we are opposed to abortion, but we support the right of citizens to make their own choice on this matter.”

Even with this advance, there are still significant areas where the platform falls far short of where it should be.

‪I will admit it baffles me why the platform committee drew a red line on including any mention of the word “occupation” in the document even though every Democratic leader (including President Obama, Hillary Clinton and Joe Biden) has spoken about the need to end Israel’s military occupation over Palestinians.

And while it opposes “settlement expansion” (a first in our party’s platform), it fails to acknowledge that while successive Democratic administrations have opposed such expansion, the settler population has continued to grow. By refusing to accept our amendment to place conditions on U.S. aid to Israel should Israel continue to build settlements or annex Palestinian lands, the platform only serves to foster Israel’s sense of impunity.

For decades prior to Trump, successive U.S. governments called for an end to occupation and expressed opposition to settlements while taking little or no action to back up their words. Now, the overwhelming majority of Democratic members of Congress say they oppose annexation. But precisely because these same lawmakers have been reticent to say that there will be consequences if Israel annexes or continues to expand settlements, Israel has continued to ignore what the U.S. says. When there are no consequences to bad behavior, bad behavior continues.

There are, however, reasons to be hopeful about where this debate is headed. It’s reflected in the courage demonstrated by Bernie Sanders and newer members of Congress like Alexandria Ocasio-Cortez who are speaking out for Palestinian rights, and in polls showing that a majority of Democrats support conditioning aid to Israel based on its human rights performance.

And so this fight isn’t over. Not by a long shot. We will continue to push Democrats to recognize reality and oppose Israel’s occupation. Instead of just expressions of opposition about “settlement expansion,” we will continue to press for conditioning U.S. aid to Israel — making it absolutely clear that there will be consequences if Israel does annex Palestinian land or continues the settlement enterprise.

‪Polls show that these positions have the support of most Democrats and they reflect political imperatives on the ground. It’s high time for our party’s platform to catch up with reality.