You Are Here » Home » Quran » Why is there no “historical criticism” of the Qur’an as there is of the Bible? 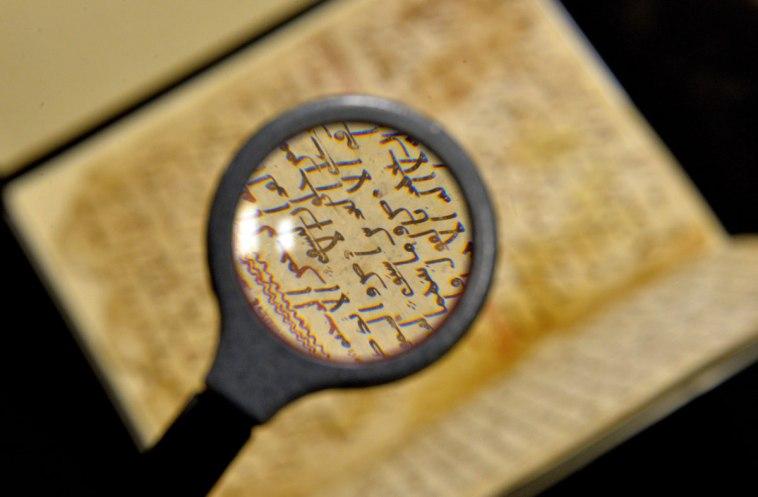 The first text I want to share with you is the one : “The Quran and the Secular Mind: a Philosophy of Islam ” by Shabbir Akhtar – a lecturer in Theology at Oxford University. 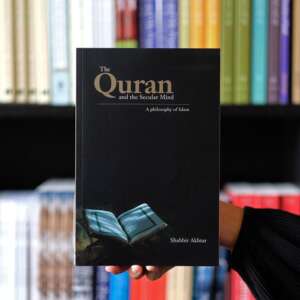 The second book called “REFLECTIONS” by Gai Eaton . This is the last book he wrote before he sadly passed away. 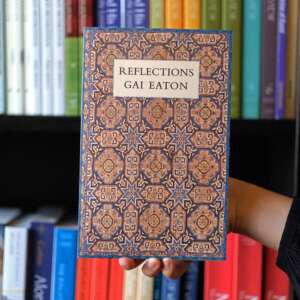 And both of the passages going to quote complement each other. They are more or less saying the similar kind of thing but with a different emphasis.  They’re both of value.

So Shabbir Akhtar starts off looking at the origins of the Hebrew Bible and the Christian bible and then compares that with the Quran and in a similar way Gai Eaton makes an observation as well.

Unlike the scriptures of other extant historical religions, the Quran is a contemporaneous with the faith it established. The Hebrew Bible and the Christian new testament for instance came to acquire belatedly the status of scripture within their communities. Groups of churchmen in the case of the greek new testament canonized a set of writings well over three centuries after the events those books and letters allegedly record. (my note : actually for some books it was much later. but i’m not going to go there). The result is often seen even by Christians and Jews as a poorly edited anthology of religious literature, The Quran’s status is different. Tt is self-described as revelation unlike the bible and it single-handedly created the community that treated it authoritatively not the converse. No discipline among the sciences of the Quran corresponds to the critical historical concerns of critical biblical scholarship. A field covering textual criticism as well as form, source, reduction, literary, and historical criticism. The Muslim reluctance to develop the discipline of critical quranic scholarship is mistakenly thought to be connected to religious obscurantism. In fact, there are no materials and no need for such a discipline. The Quran unlike the bible, not the heterogeneous work of many hands, in several genres, in a trio of languages, in varied geographical locales, stretching over millennia, surviving only in uncertain and fragmentary forms. It is a unified canon revealed in just over two decades. Addressed to a man fully known to his contemporaries and to subsequent history A man living in only two geographical locations in the same country. It was written in one language, in the language of the recipient, and of the first audience. A living language that is still widely spoken. The period between its oral revelation and final authoritative compilation is only about two decades. Apart from some variant readings that do not materially affect the sense, the text is invariant, defined and fixed. Textual emendation, editing the text to remove alleged corruptions and errors in copying was never permitted. The text has retained a perfect purity. A unique version has always enjoyed universal currency during the entire history of Islam. I cannot see borrowing motives of malice and envy, that should have no place in scholarship, any grounds for developing a critical textual scholarship of the Qoran.

So that sets up the contrast nicely I think from the Muslim point of view between the genesis of the bible and of the Quran and why we can’t have the same kinds of textual critical historical analysis of the Quran if the Quran’s claims are true.

Guy Eaton says something similar and there’s another comment he makes which I’ll just throw in for good measure which I think is just rather good and he says :

This leads to two questions which I and other Muslims in the west are frequently asked why in the first place is there no historical criticism of the Quran as there is of the bible. Here we have a simple misunderstanding. The bible is made up of many different parts compiled over many centuries. It is possible to cast doubt on one part without impugning the rest. But the Quran is a single revelation received by just one man. Either you accept it for what it claims to be in which case you are a Muslim or you reject this claim and so place yourself outside the fold of Islam.

So basically he’s saying similar things to Shabbir Akhtar. And then he goes on and this is a different subject but fascinating :

Secondly, we are sometimes asked why we hesitate to adapt the Quran to the needs of our modern age. The book itself answers this question. There is no changing the words of God. The fact that it was sent down in the 7th century of the Christian era and not the 21st is irrelevant.  You do not wear down a diamond by constant handling and the passage of the centuries cannot erode the words of God. That after all is the whole point of a divine intervention in the affairs of this world. The act, the revelation, is located in time but it is itself timeless and Islamic theology always defines the essence of the Quran as uncreated therefore eternal. This question is so important in relation to contemporary religious debate that I hope to return to it later in the talk. For the moment suffice it to say that as Muslims we ask not how the book can be adapted to our lives in the world of today but how our daily lives can be adapted to the Quran. That is the real problem

And this really gets to the heart of many of these debates over specific issues whether it be sexual morality or how we deal with other religions and so on. The churches typically adapt their scriptures to the needs of today. So they will delete, ignore, overlook or reinterpret passages so that it fits in comfortably with the world view and the spirit of the age, the zeitgeist, usually the western zeitgeist. Whereas the Quran asks in fact,  states as it’s the eternal word of God, the speech of God Himself –  it cannot be changed like that. There’s either submission to the truth of God or one is in rebellion to it.

Anyway, i just wanted to share those two passages with you I think they’re fascinating. Whether you believe them or not they express a key insight into the Muslim world view and how their religion works, if you like and I think it’s worth sharing for that reason thank you