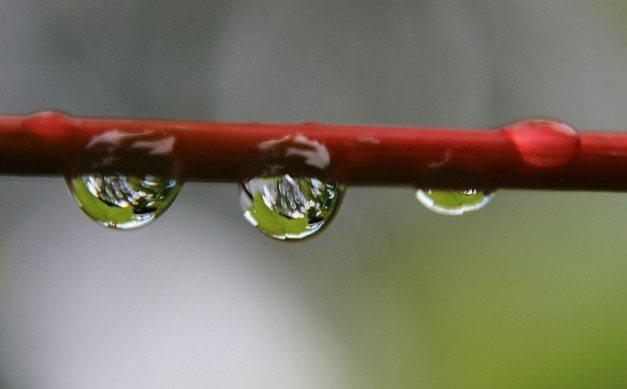 I just want to briefly share with you what I think is William Shakespeare, the great British playwright, who died just over 400 years ago.

I think he had an Islamic understanding of God and this comes out in his plays particularly in this play called the Merchant of Venice.

So it has ideas of cherishing and mercy and compassion and we find this in this (play).

I’ve got to read it to you, it’s about a dozen lines, and I won’t go into the story of the play, you can google that, if you want to see a synopsis of the story, it’s an amazing play. I just want to read it to you  and then I’m going to quote a hadith afterward which I think says exactly the same thing :

The quality of mercy is not strained.
It droppeth as the gentle rain from heaven
Upon the place beneath. It is twice blessed:
It blesseth him that gives and him that takes.
’tis mightiest in the mightiest. It becomes
The thronèd monarch better than his crown.
His scepter shows the force of temporal power,
The attribute to awe and majesty
Wherein doth sit the dread and fear of kings,
But mercy is above this sceptered sway.
It is enthronèd in the hearts of kings.
It is an attribute to god himself.
And earthly power doth then show likest god’s
When mercy seasons justice. Therefore, jew,
Though justice be thy plea, consider this—
That in the course of justice none of us
Should see salvation. We do pray for mercy,
And that same prayer doth teach us all to render
The deeds of mercy. I have spoke thus much
To mitigate the justice of thy plea,
Which if thou follow, this strict court of venice
Must needs give sentence ‘gainst the merchant there.

Abu Huraira reported: the messenger of Allah, peace, and blessings be upon him, said,

“when Allah completed the creation, he wrote in his book with him upon the throne: verily, my mercy prevails over my wrath.”

And just to push this point home. Salvation is based on the mercy of God, not on works, not on a sacrifice of a human being who has to be tortured to death on a cross before somehow God is enabled to forgive us.

Mercy and forgiveness and so on are of the essence of Jesus’s teaching as they are of the hadith and in our greatest English playwright in William Shakespeare too – who clearly understood this attribute of God as he calls it – to be mercy not punishment or justice – as he says “That in the course of justice none of us should see salvation” – we can’t stand righteous, we need mercy.

So we do pray for mercy